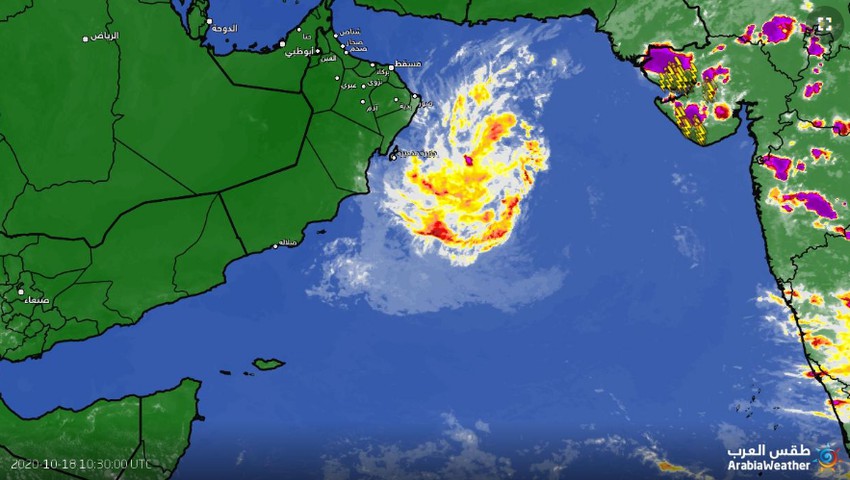 ArabiaWeather - in the meantime, satellite images show the apparent decline in the strength of the orbital state in the Arabian Sea , as it continues to be classified as a tropical depression , accompanied by winds of 25-15 knots around the center.

Will the chances of rain improve in November, and what about December and January?