Urgent | A strong dust wave is moving towards the Qassim region, with dusty weather for the coming hours 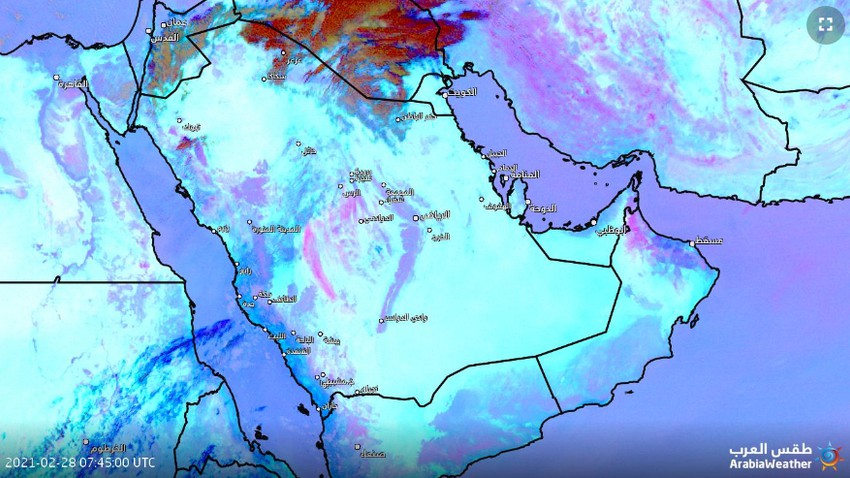 Arab Weather - Satellite images indicate the beginning of a dust wave to the south of the Qassim region, accompanied by a significant decrease in the horizontal visibility, which reached the limits of 1000 meters.

The effect of these winds on the region comes as a result of the Kingdom being affected by an air depression that is concentrated over the Al-Jawf region.

Arab weather recommendations during the effect of active winds on Sunday

2- Respiratory patients must follow special preventive measures to deal with this atmosphere to avoid any complications, God forbid

Updated 11:20 pm | Cloud development off the coast of Jeddah continues, and the chances of rain will continue in the coming hours