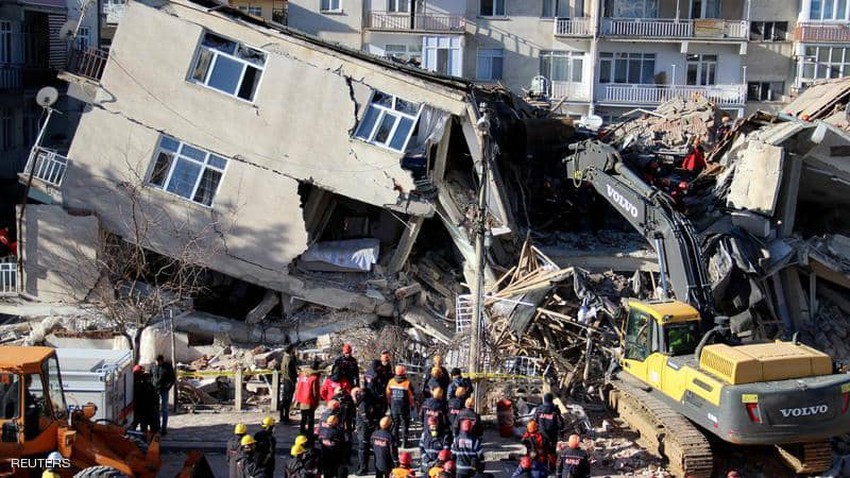 Arab Weather - Turkey's devastating earthquake this afternoon, shook the state of Izmir strongly, flattening some of its buildings to the ground, and the earthquake in Turkey was followed by a tsunami that struck the coastal areas of the state of Izmir , amid initial news of many victims and the detention of others under the rubble.

The earthquake in Turkey measured 6.9 on the Richter scale

And in details, the European Seismological Center recorded this Friday noon, an earthquake in the Aegean Sea with a magnitude of 6.9 on the Richter scale, and the epicenter was recorded 13 kilometers northeast of the Greek island of Samos, and at a depth of 16.5 kilometers off the coast of the city of "Safrihisar", western Turkey.

Turkey earthquake ... destroyed buildings, victims and trapped under the rubble

According to information and videos received about the Turkish earthquake, many residential buildings collapsed, amid reports of the presence of victims and trapped under the rubble.