Urgent | Arab Weather issues its forecasts for Saudi Arabia for the month of June and identifies the weather phenomena affecting during it..Details 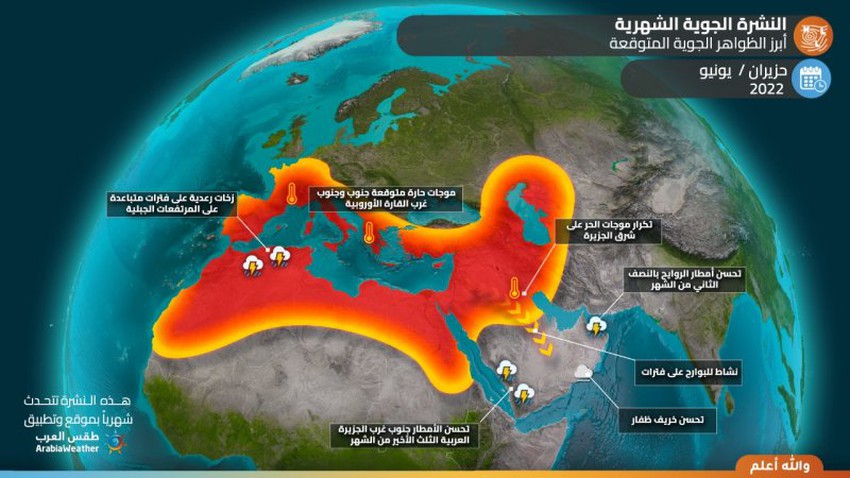 Arab Weather - The Arab Regional Weather Center issued its weather forecast for the month of June, which included the most prominent weather phenomena that are likely to affect the Kingdom of Saudi Arabia during its four weeks, according to the following details:

The most important weather phenomena expected this month 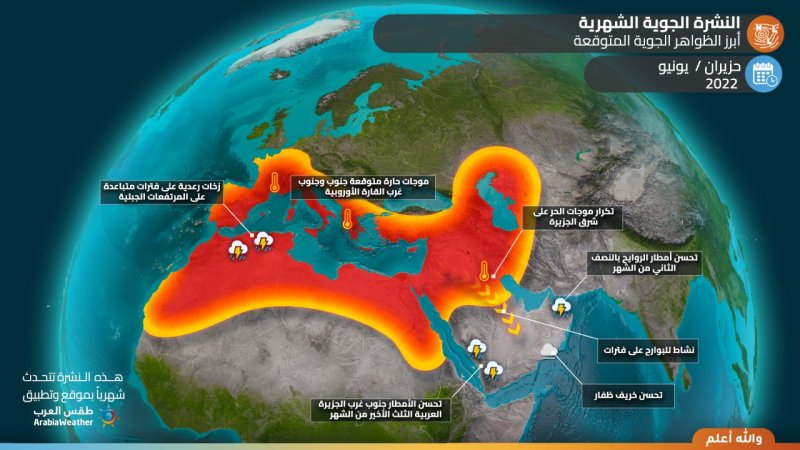 Rain deviation from the norm 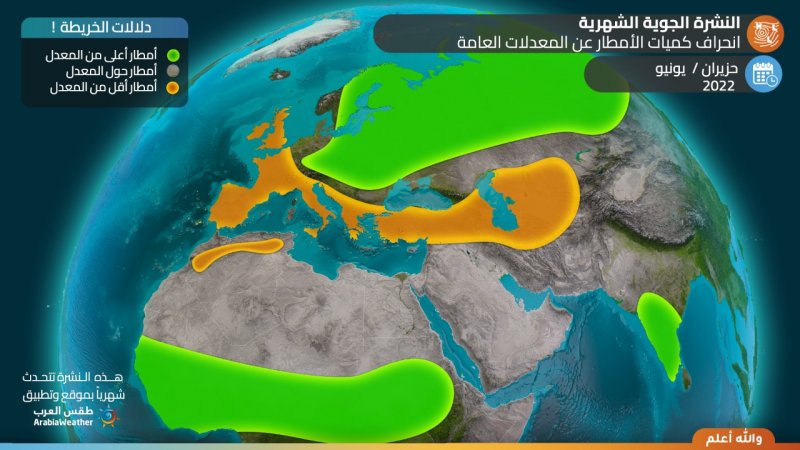 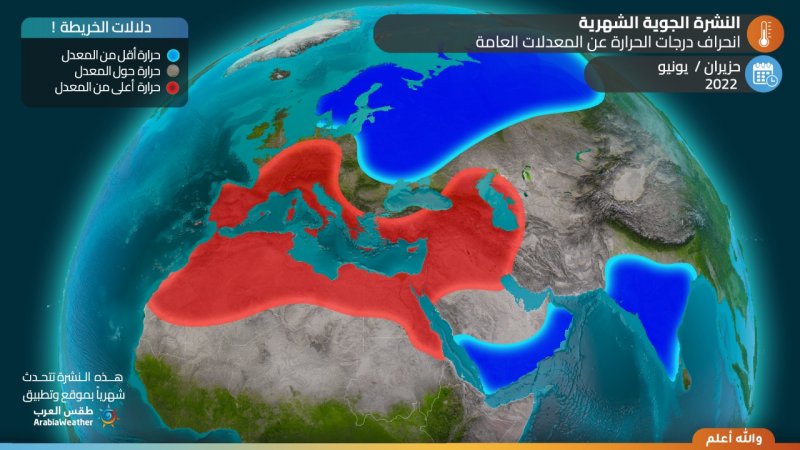 Special weather condition for each week:

General forecast for the week: