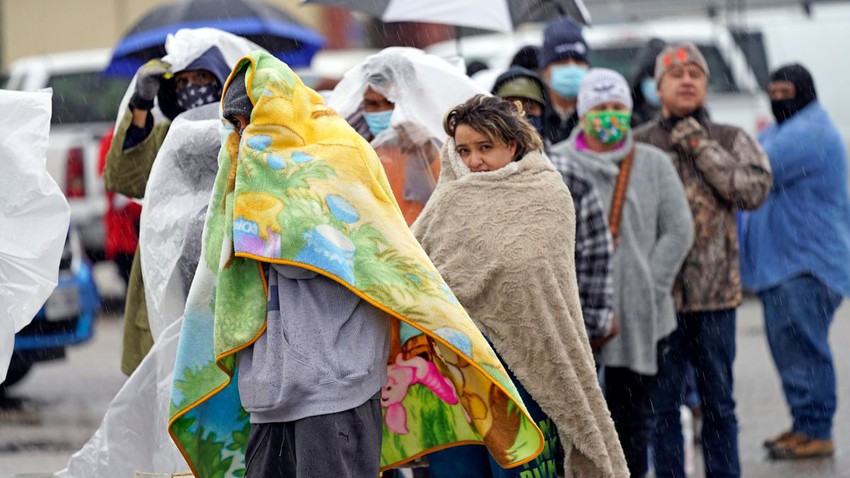 US President Joe Biden is set to declare Texas a disaster city after the disaster that befell the weather, paving the way for more money to be spent on relief efforts, and White House spokeswoman Jane Psaki confirmed that Biden asked his team to rush to declare Texas As a city afflicted.

Although energy is returning to the state's population and temperatures are expected to rise, some 13 million people still face difficulties obtaining clean water.

Biden said he would visit Texas as long as his presence would not disrupt relief efforts, and he attributed the nearly 60 deaths throughout the United States, who lost their lives to the cold weather.

A department official said he had also been in contact with mayors of some of Texas's largest cities, such as Houston, Austin and Dallas, to ensure they had access to government resources.

The extremely cold weather cut off the water in several cities in the south of the United States, which are areas unaccustomed to freezing temperatures, so that residents whose pipes had frozen water had to boil snow to get water.

Oman Meteorology issues warning No. 2 about the latest developments of Cyclone Shaheen in the Sea of Oman