Urgent - coincides with the start of daylight saving time: a second-degree depression on Friday followed by the remnants of a polar air mass that creates frosts at night 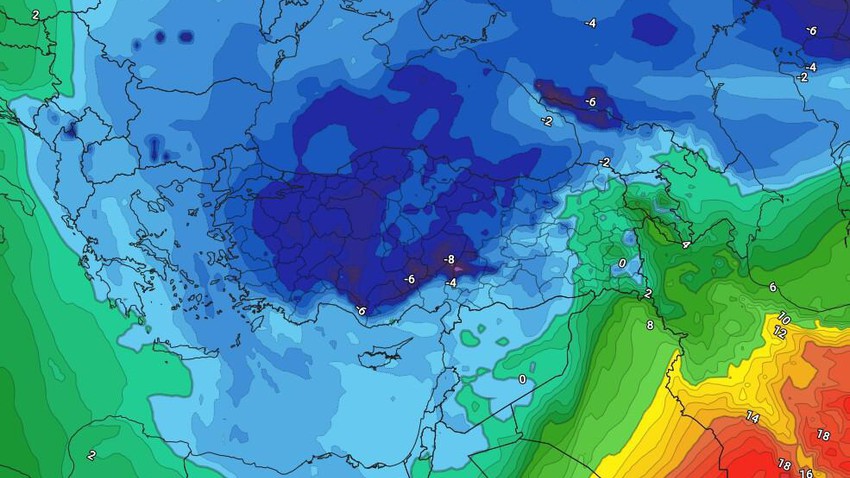 Arab weather - Sinan Khalaf - It is expected, God willing, that the Kingdom will be affected during the weekend by an extension of an air depression classified second class according to the scale of the depressions classification associated with a cold air mass in all layers of the atmosphere, followed by the remnants of a cooler air mass (of polar origin F) It is not usual for this time of year, coinciding with the start of the daylight saving time, and the details are as follows:

In the details, the Kingdom will be affected on Friday, God willing, by an extension of an air depression classified as a second class according to the scale of the depressions, accompanied by a cold air mass in all layers of the atmosphere, so that there is another significant drop in temperatures, and it becomes less than its usual rates by about 6-8 Degrees Celsius.

The weather is generally cold and often cloudy with sporadic showers of rain, God willing, in the north and central kingdom, which may be accompanied by the occurrence of thunder and hail at times, while the winds are westerly moderate to brisk.

As for the hours of Friday evening and night, the remnants of a cooler air mass (of polar origin) rush to the Kingdom and are not usual for such time of year, but they are not associated with precipitation, but rather an increase in the chances of frost formation and a significant decrease in temperatures

Temperatures are expected to drop to levels below 5 degrees Celsius in many regions, so that the weather will be very cold in several parts of the Kingdom.

Frost may form late at night in open agricultural areas, including the plains, the Badia, and the Sharah Mountains.