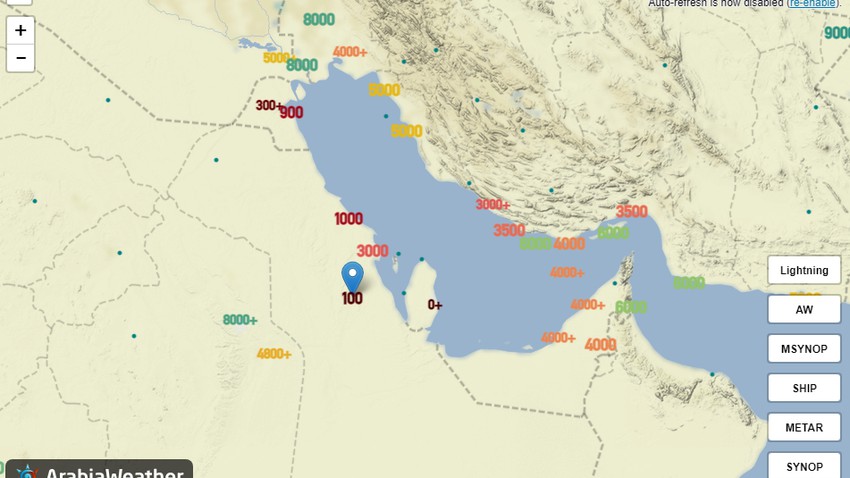 Arab Weather - Sinan Khalaf - The latest readings of the weather monitoring station at Al-Ahsa International Airport show that the area was exposed to a severe dust storm that reduced the horizontal visibility to 100 meters, and there has been no news until now about air traffic being affected by this dust wave.

It is noteworthy that the eastern parts of the Kingdom of Saudi Arabia are experiencing a noticeable increase in the influence of strong northwest winds, known locally as the Al-Bawareh winds, which sometimes form dense dust waves in the atmosphere of the region.

See also: A significant decline is expected in the impact of strong winds and dust waves from the Kingdom, starting from Saturday, from here

Our weather forecast still indicates that northwesterly winds and the accompanying dust waves will continue to be affected in the region during the next few hours.

Video | The stormy and rainy atmosphere that `Shafa Al-Taif` is experiencing now..