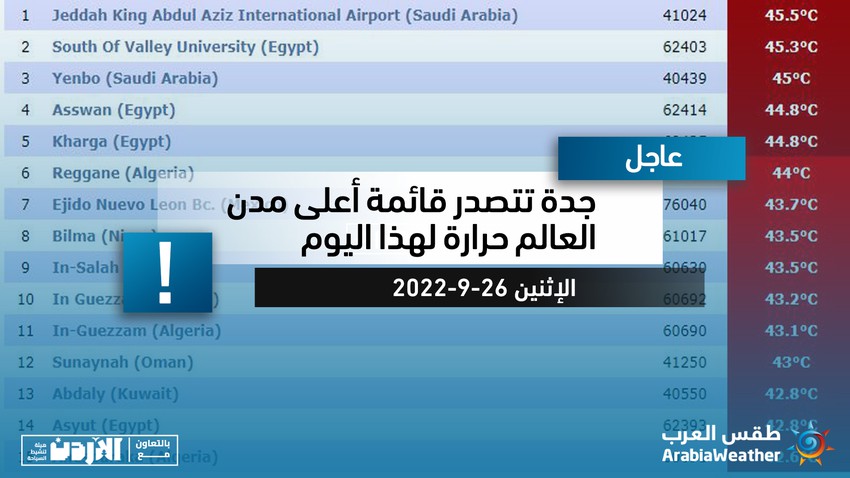 Weather of Arabia - After the registration of the maximum temperatures for Monday, 26-9-2022 (according to the World Meteorological Organization responsible for collecting the recorded temperatures for the purposes of documentation from the observatories of the countries), the city of Jeddah occupied the highest maximum temperature on the face of the globe for this day, which was recorded By 45.5 degrees Celsius, exceeding all regions of the world, despite the arrival of autumn in the northern hemisphere.

This comes as a result of the city of Jeddah being actively affected by the "eastern" saba winds, which raised temperatures to summer levels, and the same winds cause a dusty, dry and very disturbing atmosphere in the city.

The activity of the Saba winds renewed in Jeddah on Tuesday

Update 10:50 am: Scattered showers of rain in neighborhoods of Riyadh shortly