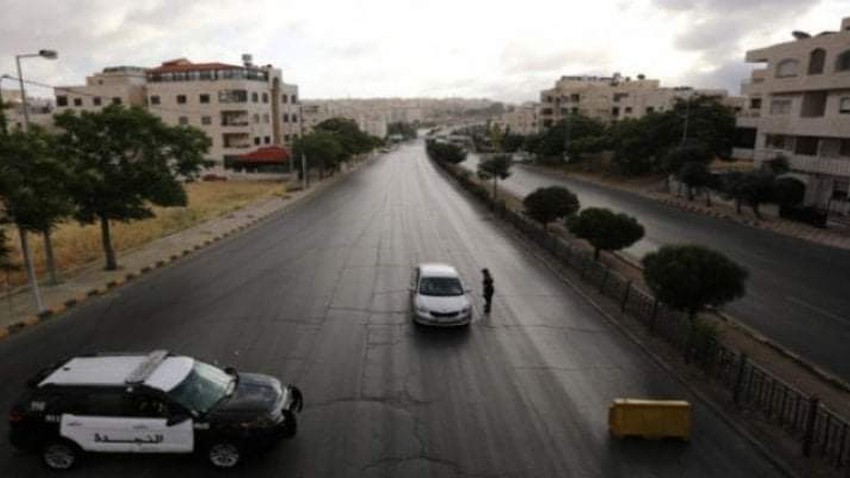 Arab Weather - The National Center for Security and Crisis Management published on its official Facebook page the exceptions to the comprehensive ban that extended from 10 pm on Thursday, December 3, 2020, to 10 at night from Friday, December 4, 2020.

1. All medical personnel working in the public and private sectors are exempted from the comprehensive ban decision with the minimum limit to maintain work.

2. With regard to administrative personnel working in the health sector, they must be provided with an official letter or an identification card proving this from the hospital they work for.

4. Pharmacy owners are exempted from the decision of a blanket ban on carrying out the home delivery of necessary and emergency medicines, provided that the union’s badge is shown. They are allowed to open their pharmacies from 1000 in the morning until 1800 in the evening. Direct sales are prohibited, whatever the reasons, and their presence is limited to taking and distributing the medicine.

5. Domestic liquefied petroleum gas (LPG) cylinders distribution vehicles are permitted to drive gas cylinders from 0600 in the morning until 1800 in the evening.

7. All persons who are inside their work shall be exempted from the comprehensive ban decision, and they are allowed to work inside these facilities provided that they do not leave for any reason whatsoever and until the end of the ban date.

8. Road transport (trucks and the cargo clearance sector) is excluded from and to all airports, crossings and land centers, provided that the driver presents the bill of lading, as well as the identification card for the loyalists.

9. Trucks designated to transport foodstuffs from one governorate to another are excluded from the comprehensive ban decision.

10. Mechanics and maintenance workshops and spare parts stores whose interfaces are located directly on the main external roads connecting the Kingdom’s governorates with each other are permitted to operate during the period of a comprehensive ban on freight traffic service, as well as vehicles authorized to move, provided that the original professions license is shown or sealed with the original stamp from Before Greater Amman Municipality / competent municipality.

11. Those arriving via land crossings to the Hashemite Kingdom of Jordan are excluded from the comprehensive ban, provided that the arrival stamp is shown on the passport and according to the date of arrival, while the movement permit is granted to those leaving through these crossings to neighboring countries through the Administrative Governor.

13. Olive growers are permitted to transfer their products to olive presses, provided that they obtain an exception from the Governorate Agriculture Directorate, and it is approved by the Administrative Governor. The owners and workers of olive presses are also excluded according to the listings received from the Ministry of Agriculture, which were approved in the National Center for Security and Crisis Management book No. M&Z / Diwan / 45/9356, dated November 9, 2020.

15. Cars designated for transporting live chickens are allowed to move and move from eight o'clock in the evening from Friday, December 4, 2020, until the end of the comprehensive ban period, to transport chickens from farms to pickers and slaughterhouses.

16. Farmers and vehicles transporting vegetables and fruits are allowed to move from farms to central markets (the central market of the Greater Amman Municipality and the central markets in the governorates) as of 6 pm on Friday, December 4, 2020, until the end of the comprehensive ban period.

17. The central vegetable and fruit markets in the capital Amman and the governorates and their workers authorized by the Municipality and the municipalities are permitted to operate from 6 pm on Friday, December 4, 2020, and until the end of the period of comprehensive ban.

18. Six persons from the deceased's relatives are allowed to move to complete death and burial procedures during the days of total ban, provided that a death report is issued from the hospital.

19. The discharge paper from the hospital is approved as a pass during the complete ban period for both the patient and the driver only within specific times and according to the exit date and place of residence.

20. Dialysis patients and cancer patients are permitted to go to hospitals by carrying cards and appointment dates.

21. Anyone holding a duly certified hospital escort card is allowed to move from 1000 to 1400 hours during the period of total ban.

22. The review paper / appointment is approved as a pass during the complete ban period for both the patient and the driver only within specific times and according to the time of the hospital's visit.

23. The authority to grant permits during the period of a comprehensive ban on emergency situations for citizens is given to the administrative governor and according to his jurisdiction.

Jordanian Health: Today (546) new infections were recorded in the Kingdom, and the percentage of positive tests was 2.78%.