Urgent - Riyadh | A radical change in the temperature in the coming hours, and the great will not exceed the 13th on Friday and freezing cold at night 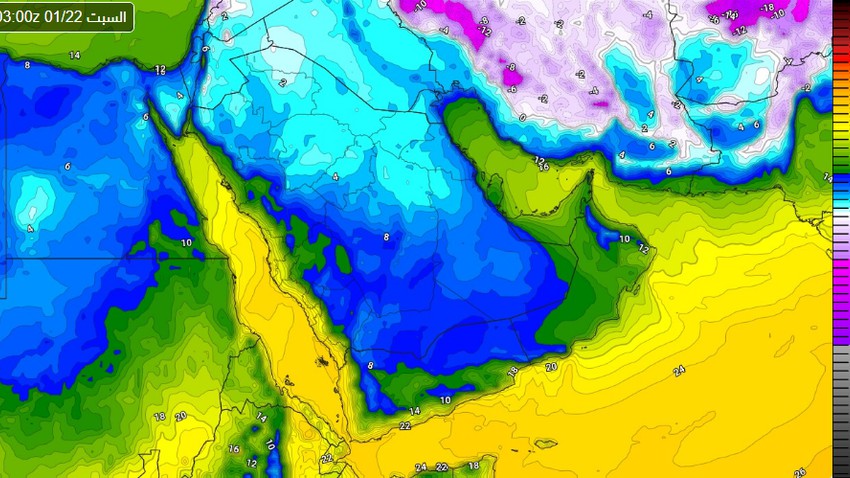 Arab Weather - Sinan Khalaf - The weather forecast staff at the Regional Arab Weather Center warned of the sharp and significant drop in temperatures that will be witnessed throughout the Riyadh region, including the interior parts of the city of Riyadh, as of tonight, as it is expected to touch 7 centigrade tonight and dawn Tomorrow, Friday, and even reach less than that in the outer edges of the city.

A sharp drop in temperature is expected

According to the current forecasts, it is expected that the Riyadh region will be affected by a cold air mass of “Siberian origins” coming from the north, with which temperatures will decrease as of tonight “Thursday / Friday night” in the city of Riyadh this night to record only 7 degrees Celsius, with the control of northwest winds. Active speed sometimes raises dust. 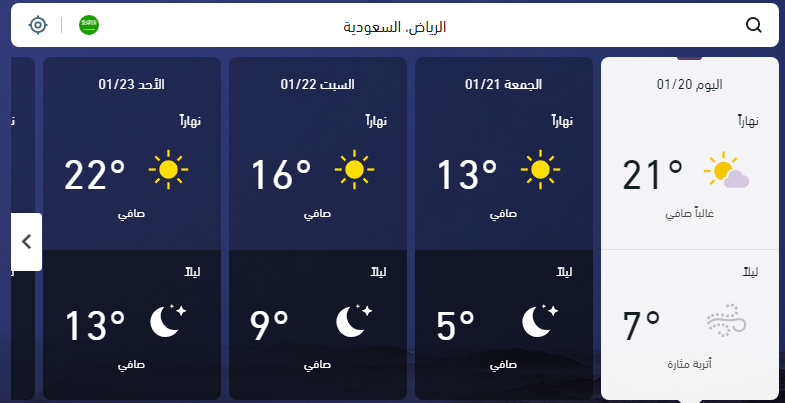 As for Friday, the impact of the cold mass deepens significantly in the atmosphere of the capital, to fall in temperatures that will not exceed the barrier of 13 degrees Celsius during the day, while at night it drops to 5 degrees Celsius at night in the center of Riyadh, and reaches below that in the outer edges of the city, meaning that The dominant weather on Friday is freezing weather in general.

Important recommendations during the impact of the cold wave

When will the heavy dust wave reach the city of Riyadh? .. Arab weather answers