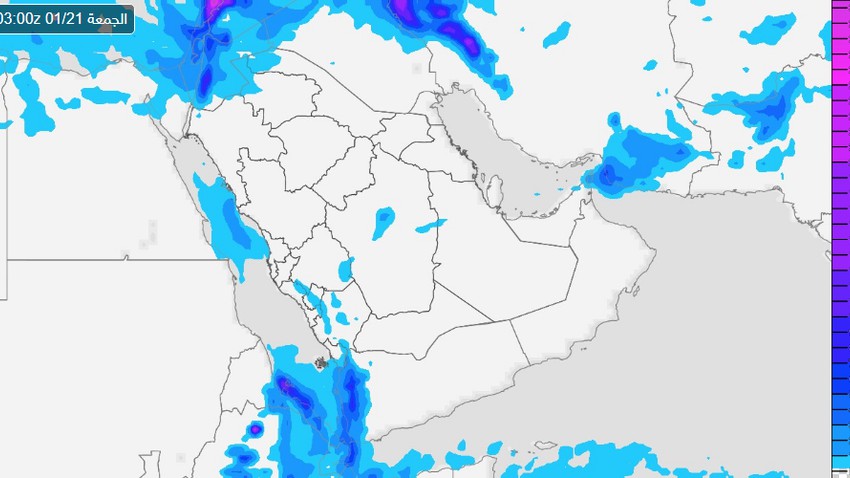 Arab weather - Sinan Khalaf - again, it is expected that snow chances will return to the northern sector of the Kingdom, but these expectations will not include the Tabuk region, but will be limited, after God’s will, to limited parts of Al-Jawf and the northern borders.

In the details, it is expected that during the hours of this evening, Wednesday, the sky of the northern sector of the Kingdom will cross a very cold polar air mass, working to reduce temperatures significantly, accompanied by limited showers of snow in the night hours, and God knows best, provided that the cold meadow continues to affect the region during Thursday and the weekend.