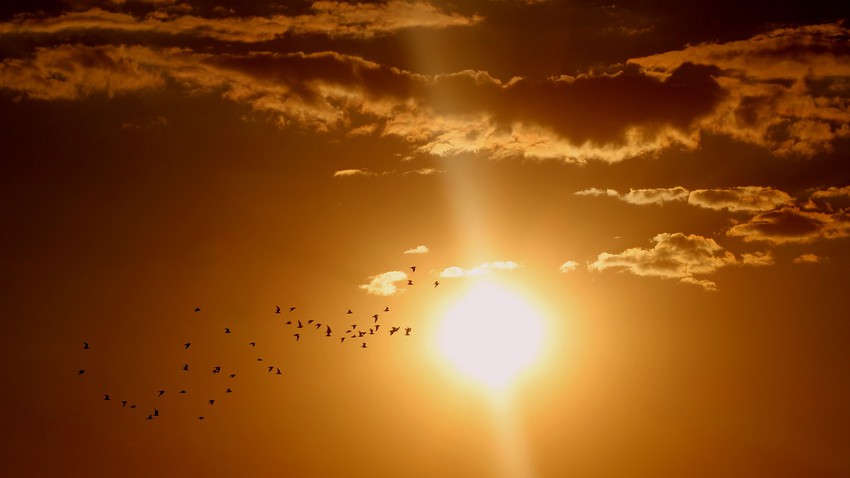 This temperature is ahead of what was recorded in several regions in the Gulf countries, and is also considered the highest temperature since June 2019, when the temperature at that time was 50.8 degrees Celsius, and the following is the order of the maximum temperatures recorded globally today: 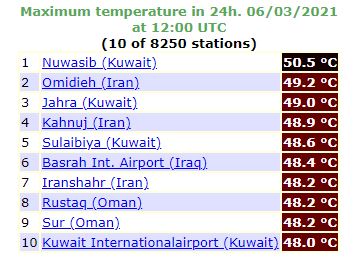 The image is from the OGIMET website, which collects observatories data for countries according to the World Meteorological Organization

It is worth noting that the State of Kuwait and the entire Gulf states are experiencing high temperatures at the end of the forties, as a result of the control of very hot air masses on the Arabian Peninsula, which is accompanied by the deepening of thermal depressions.