Variable damage to the agricultural sector as a result of frost and freezing.. and recommendations from the Ministry of Agriculture to protect crops from the effects of frost 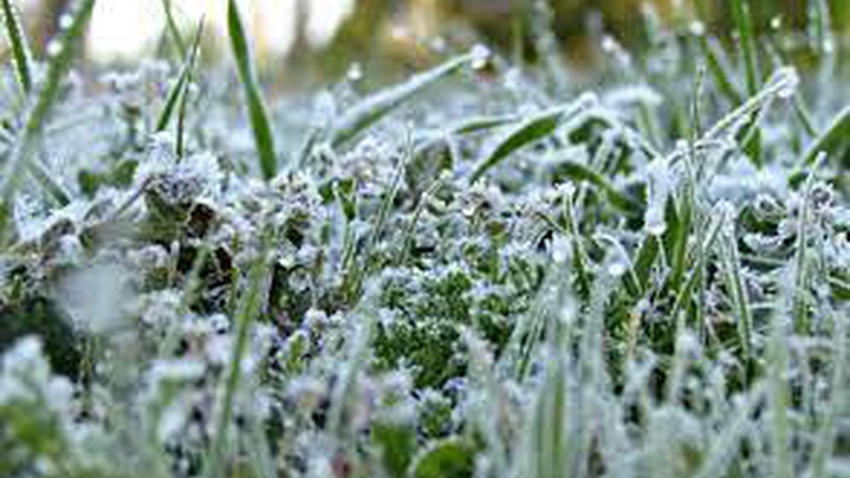 Weather of Arabia - Farmers in the farms of the Northern Jordan Valley Brigade in Jordan complained of damage to potato crops, zucchini, and some citrus and banana trees throughout the region from the Northern Shouna to Wadi al-Rayyan.

In Madaba Governorate, the frost and freezing wave affected farms in the Al-Walah area, not even the greenhouse crops were spared.

Fish farming is also among the sectors affected by the frost, which will lead to delays in the production cycle.

A member of the Supreme Agricultural Council, Saleh Yassin, said that the frost wave that the Kingdom has experienced is still continuing, and has exacerbated the farmers' crisis, and has led to damage to "discover crops" such as zucchini, eggplant and beans.

Yassin added to "Ruya", on Friday, that more crops are expected to be damaged next week with the expected next frost wave.

He expected that the percentage of losses in zucchini would reach 80% and potatoes 40%, with the decline in agricultural production due to cold waves and frosts.

Officials in the Ministry of Agriculture and its directorates called on farmers to apply for compensation after monitoring the damages, which they asserted are uneven.

The Ministry of Agriculture called on farmers to take precautionary measures to reduce the effects of frost waves on agricultural crops during the impact of the depression.

The Assistant Secretary-General of the Ministry of Agriculture for Agricultural Guidance Affairs, Engineer Bakr Al-Balawnah, stressed that farmers must close and open the greenhouses during the day to benefit from the sun's rays, and build rainwater channels around the greenhouses to prevent the accumulation of water in large quantities.

Al Balawneh called on beekeepers to warm beehives and tightly close them, as well as tightly closing livestock and cow pens to preserve their property, pointing out the importance of following the scientific preventive guidelines issued by the Ministry of Agriculture.