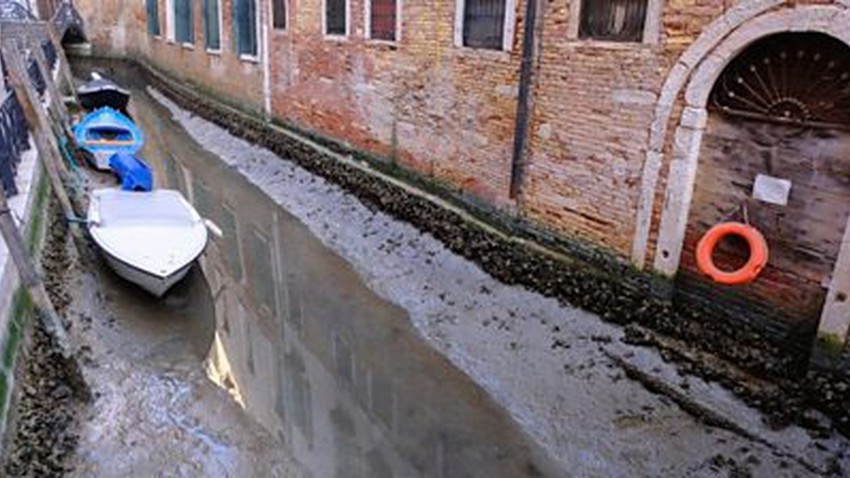 Arab Weather - The exceptional low tide that was yesterday left the famous canals and waterways in the Italian city of Venice almost dry, so the traditional boats stopped and lined the banks after the water level fell to -48 cm, creating an unusual view in the city.

The city of Venice, known worldwide for its canals, architecture and historical art, lives in a difficult balance between high and low tide, which usually creates differences of about 50 cm above sea level.

Floods are also a constant source of concern in the city built on a group of small islands within a salty lake off the northeast coast of Italy, where the Venetian floods are caused by a combination of factors, which were exacerbated by climate change, which led to a rise in sea levels, and the occurrence of tides in an uneven Usually, the low-lying lands of the city became more prone to flooding.