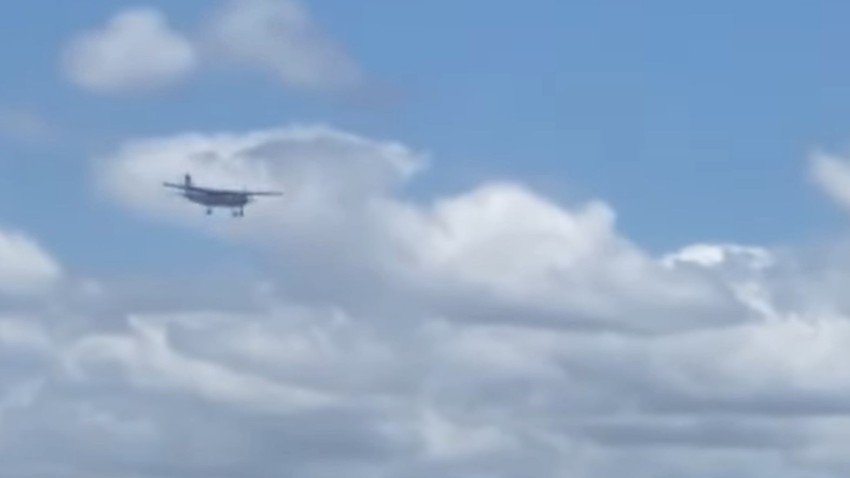 Weather of Arabia - A passenger without flying experience managed to safely land a small plane flying off the Atlantic coast of Florida on Tuesday afternoon, after he sent an urgent call for help when the pilot suddenly fell ill, so air traffic controllers helped him until he was able to land successfully in Palm Beach International Airport, USA.

A passenger, Cessna Caravan, contacted air traffic controllers, saying he was in a dangerous situation, adding: "My plane has become loose. I have no idea how to fly the plane."

And the passenger was answered by the observers, saying: "Keep the wings level and just try to follow the coast, either north or south. We are trying to locate you."

Minutes passed before controllers could locate the plane, which was heading north over Boca Raton.

Controllers helped the plane land safely, 25 miles north of Palm Beach in Boca Raton, where air traffic controllers directed the passenger, who was able to ensure a safe and stable landing.

Aviation expert John Nance commented on the incident, saying: "This is the first time I've heard of a Cessna being landed by someone with no flying experience."

According to Flight Aware, the plane took off from Marsh Harbor International Airport in the Bahamas, with the pilot and two passengers on board. After landing, rescue teams assisted the pilot. Neither passenger was reported injured.