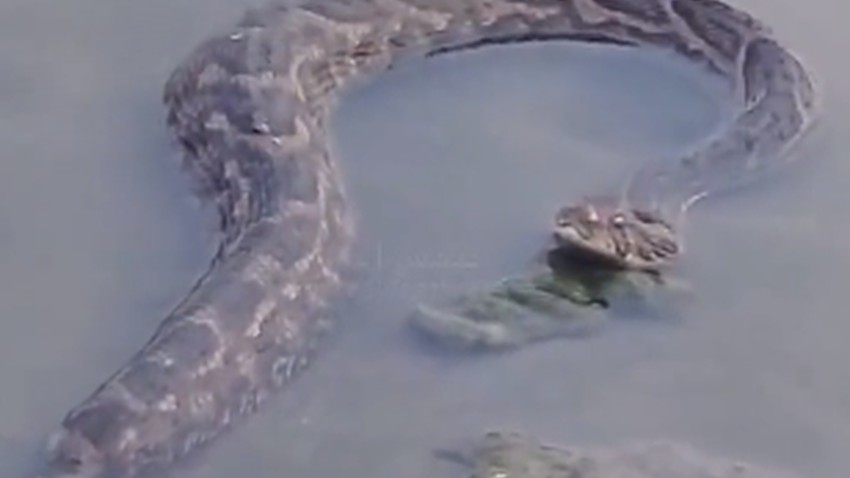 Arab Weather - A video clip received by the Arab Weather website documented the appearance of a huge snake in the Baysh Jazan Valley, southwest of Saudi Arabia, on Tuesday.

The snake appeared lying in a pool of water, without moving a finger, while a citizen filmed it, wondering about its type and the extent of its danger to visitors to the area.

#Saudi Arabia |
Documentation and monitoring of a huge snake in Wadi Baysh, Jizan
Do you think it is a dangerous species? pic.twitter.com/L2RGO5KfsD