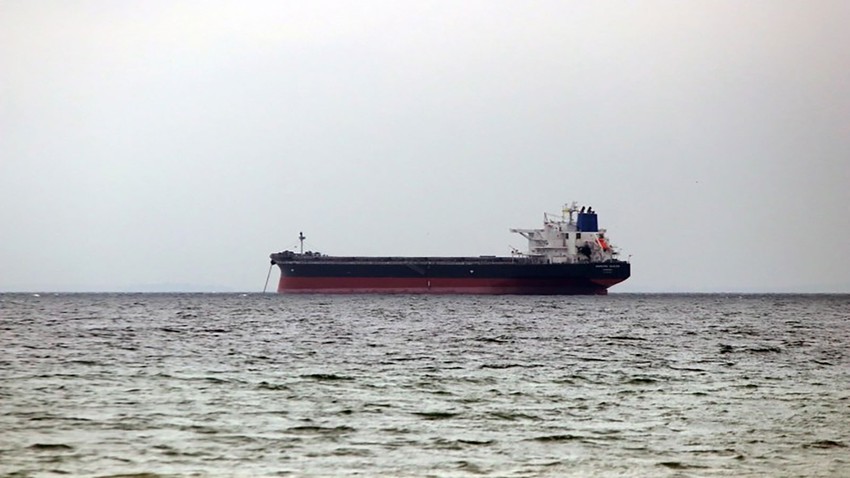 Arab Weather - A commercial cargo ship carrying 750 tons of fuel sank today in Tunisian waters after it was exposed to a marine accident due to bad weather off the coast of Gabes in Tunisia, which sparked a state of environmental "panic" due to the amount of fuel, and the ship's crew of seven were evacuated. people, except that saving the ship was impossible.

Preliminary photos of the sunken ship off Tunisia, loaded with fuel
#Arabic pic.twitter.com/gjjHPvnwst

The Tunisian Ministry of Environment had announced earlier that the sinking commercial ship "Ksilo" was flying the flag of Equatorial Guinea and bearing the number "IMO 7618272", "laden with about 750 tons of Qazoal."

She added that the Ministries of Defense, Interior, Transport and Customs Administration are working to "avoid the occurrence of a marine environmental disaster in the region and limit its repercussions," but stressed that "the situation is currently under control."

She also confirmed the activation of the "national plan for urgent intervention" in the event of marine pollution in order to avoid the sinking of the ship, according to "Agence France Presse", noting that the ship's situation is under control so far.

It is noteworthy that the ship was coming from the Egyptian port of Damietta and heading to Malta, but difficulties prevented it from continuing its course due to bad weather and sea turmoil, and on Friday evening, it asked the Tunisian authorities to enable it to enter the country's territorial waters.

It was allowed to anchor about seven kilometers from the coast of the Gulf of Gabes (south), but sea water leaked into the engine room, submerging it within two meters of height.

#Al-Arabiya correspondent in #Tunisia : The Tunisian authorities are intensifying their efforts to unload the cargo of the sunken ship loaded with fuel pic.twitter.com/kfhNugCrre