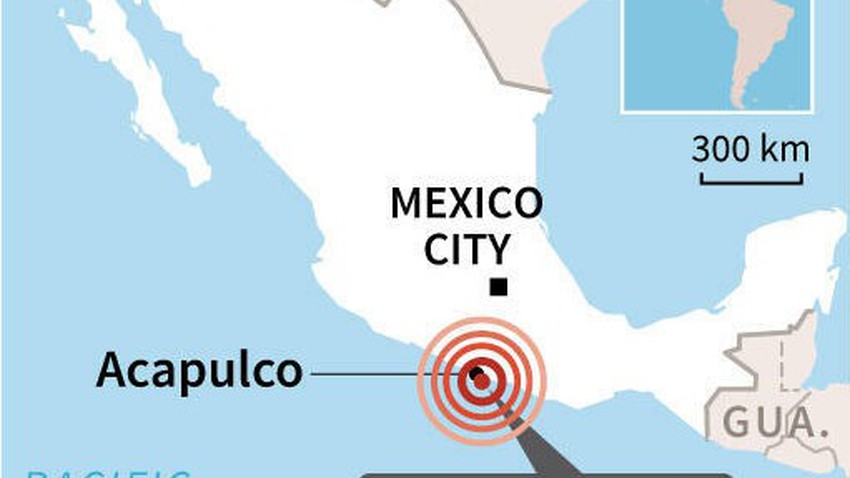 Weather of Arabia - In a strange scene witnessed by the residents of southern Mexico last night, flashes of lightning lit up the night sky after a power outage due to a strong earthquake that shook buildings and electricity poles in parts of the Acapulco region.

At 8:47 p.m. local time Tuesday, a 7.0-magnitude earthquake rocked the coastal city of Acapulco, Mexico and parts of the southwest, as the powerful quake shook buildings, sending people out into the streets in panic.

The earthquake caused the death of one person , and caused damage to telephone lines and electrical wires, which led to a power outage for 1.6 million people in five states in Mexico.

The quake even affected areas more than 230 miles from its epicenter, including the capital, Mexico City. Residents were trapped in a wobbly wired bus in the rain as the quake shook the area, and helicopters were hovering over Mexico City looking for damage. 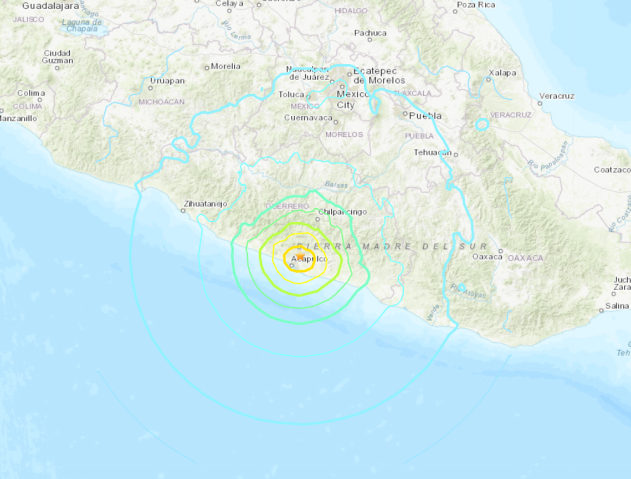 (The image shows the areas that felt the strong earthquake in southwestern Mexico. (USGS))

There are fears that the aftershocks of the earthquake will continue and the damage will worsen. There has been one fatality so far from a plume fall in Coyoca de Benítez, Mexico.

Shortly after the 7.0 earthquake occurred near Acapulco, a 4.9 magnitude aftershock occurred in the northwest. A total of 92 aftershocks were recorded Tuesday night.

Acapulco's mayor, Adela Roman, said there were "many gas leaks in many places" as well as landslides and falling walls.

It is worth noting that the last strong earthquake in Mexico (magnitude 7.1) dates back to September 19, 2017, when 369 people were killed.