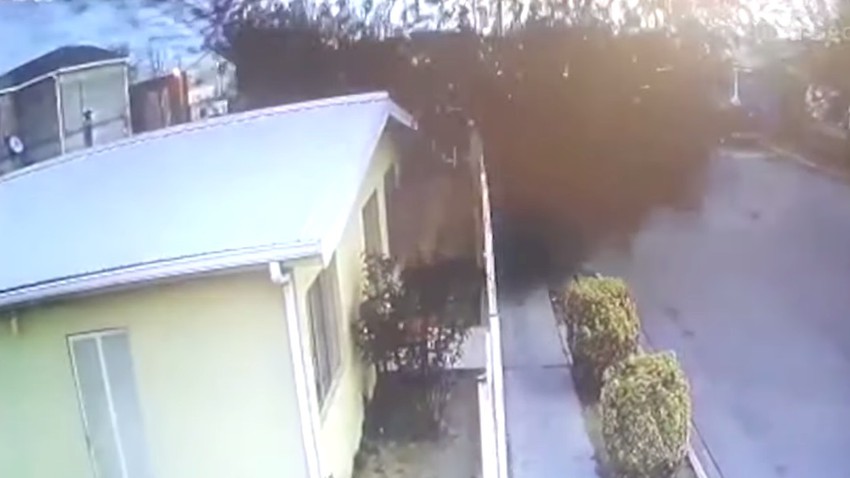 Weather of Arabia - In a scene that may seem like a horror movie, surveillance cameras documented in one of the neighborhoods of the city of Cuauhtemoc in the Mexican state of Chihuahua, a terrifying scene of hundreds of birds falling from the sky and dying in mysterious circumstances, and the bodies of dead birds were scattered across the street of the neighborhood, which puzzled the residents as to why Bird death.

The accident occurred on February 7 when a huge black "cloud" was filmed by a surveillance camera of birds falling and crashing into the roof of a building and the sidewalk, but some of the birds survived the accident and flew again.

The yellow-headed blackbirds migrated southward from Canada to Mexico and Central America to spend the winter. When they migrate, they travel in large flocks, and it is unusual for many of them to fall from the sky mid-flight.

The birds were initially suspected to have died due to exposure to high levels of air pollution and inhalation of toxic smoke, possibly from wood-burning heaters, or they might have been electrocuted after standing on power lines.

The footage was "strange," said ornithologist and professor of biology at Allegheny College in Pennsylvania, Ronald L. Mammy, commenting on the incident. But these events may recur "from time to time" for known and unknown reasons.

He added: "Based on the behavior of the birds, I suspect that a hawk or a predatory bird attacked the flock in flight. Some birds maneuvered to avoid the attack, causing the flock to deviate from its path and cause confusion, so many of them hit the ground and were hurt."

What happens to the migratory birds in the flock is that they all move in synchrony with each other; When one of the birds changes direction or speed, all the other birds in the flock respond simultaneously, so in this scene the birds appear to "dip" toward the ground.

However, this is not the first time such an incident, there have been several incidents of the death of large numbers of migratory birds around New Mexico, forcing scientists to study the cause that led to the mysterious death.

Among the possible causes that the researchers found: toxins inhaled by birds, smoke plumes that change birds' paths, sudden cold, and depletion of food sources due to drought in the southwest.