Video | A tornado overturns a vehicle, demolishes a wall and causes damage to Farasan Island! 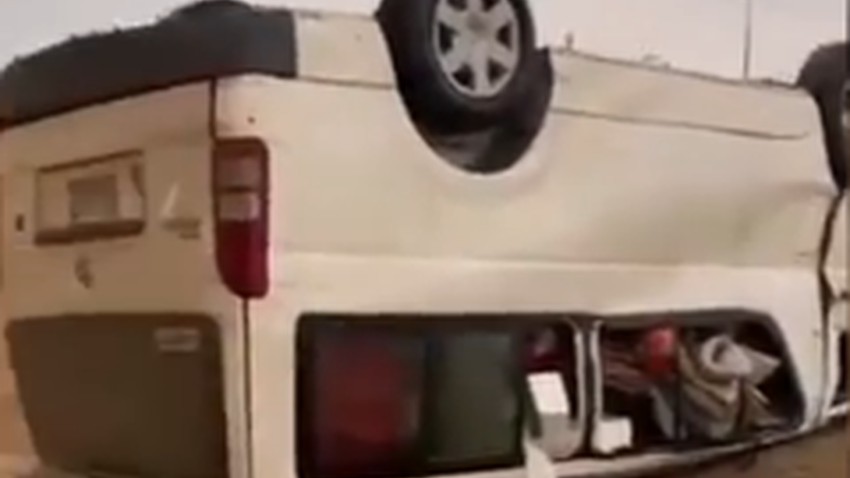 Weather of Arabia - Sinan Khalaf - A number of users of the social networking site Twitter circulated many scenes of what was said to be a tornado that formed on Farasan Island in the Jazan region on Saturday afternoon.

The circulating clips show the moment a tornado formed, which, according to the scenes, caused a vehicle overturning and the demolition of a wall, without recording any injuries, praise be to God.

Such tornadoes occur during strong instability, require active uplift currents and a difference in wind speed and movement in the perpendicular layers of the atmosphere.

It is noteworthy that Jizan was exposed to thunderstorms on Saturday afternoon, accompanied by showers of heavy rain and hail.