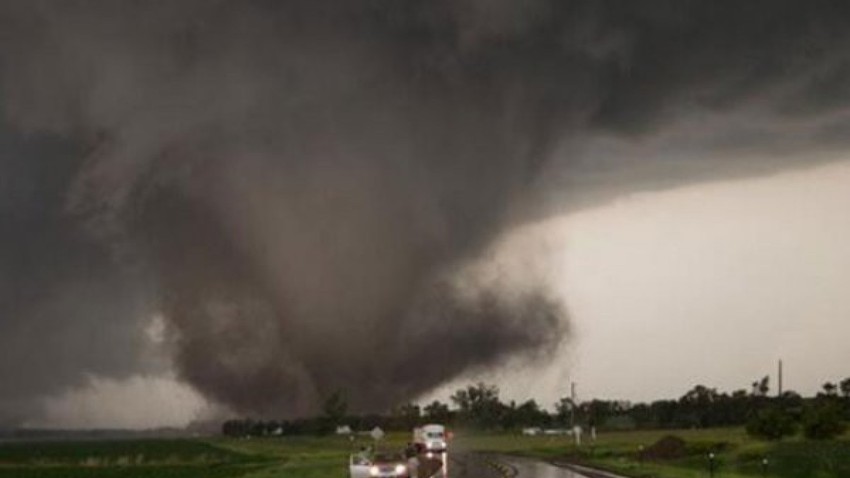 Weather of Arabia - A tornado swept through several towns in western Germany on Friday, killing at least one man and injuring about 40 people, 10 of whom were seriously injured. Pictures on social media showed the violent tornado spewing debris in the air.

Local media quoted police as saying that the 38-year-old man in the far western town of Wittger died from head injuries sustained when he fell after suffering an electric shock in a flooded basement.

Police said up to 40 people were injured in Paderborn, a city of about 150,000 people halfway between Frankfurt and Hamburg. Rail and road transport was disrupted across the region.

The storm caused great losses in this region in western Germany, where the security forces spoke of the collapse of the roofs of houses, the fall of trees and the overturning of two cars, and the police called on the residents to stay in their homes.

The German Met Office issued a storm warning on Friday, with strong winds that could reach 130 km per hour.

This comes after an unusual rise in temperatures at this time of year in several parts of Europe, due to a dry and hot air mass that moved from North Africa, and this cyclone resulted from the meeting of hot air coming from Africa with colder air coming from Northern Europe. , which led to the formation of strong thunderstorms interspersed with the formation of a tornado.