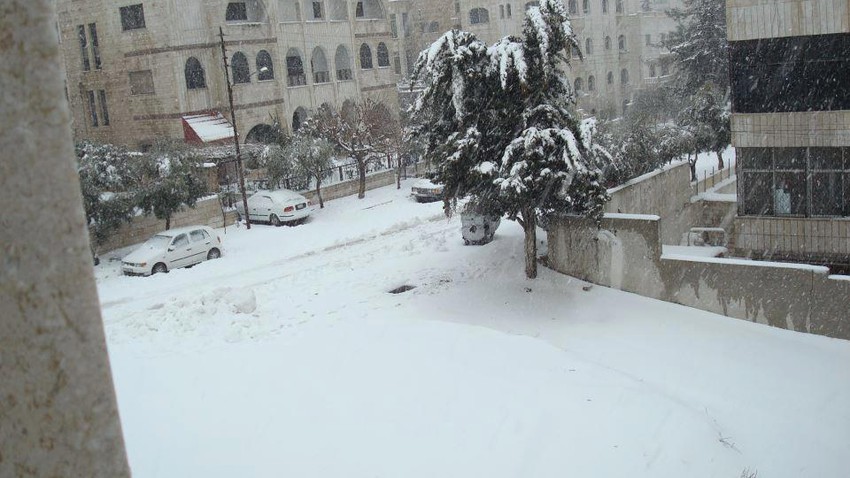 Weather of Arabia - Jordan was affected at the end of January of 2008 by an air depression accompanied by a cold air mass and westerly winds, as a result of which snow fell heavily in most cities of the Kingdom, including the capital Amman, which led to the closure of many roads and the disruption of schools and universities.

Snow began to fall heavily first in Ajloun Governorate on Tuesday (January 29), and then snow fell on the rest of the cities of the Kingdom on Wednesday (January 30, 2008). Snow continued to fall on Thursday, until the thickness of the snow reached between twenty and fifty centimeters, and the minimum temperatures fell the next two nights to below two degrees Celsius.

And these are scenes