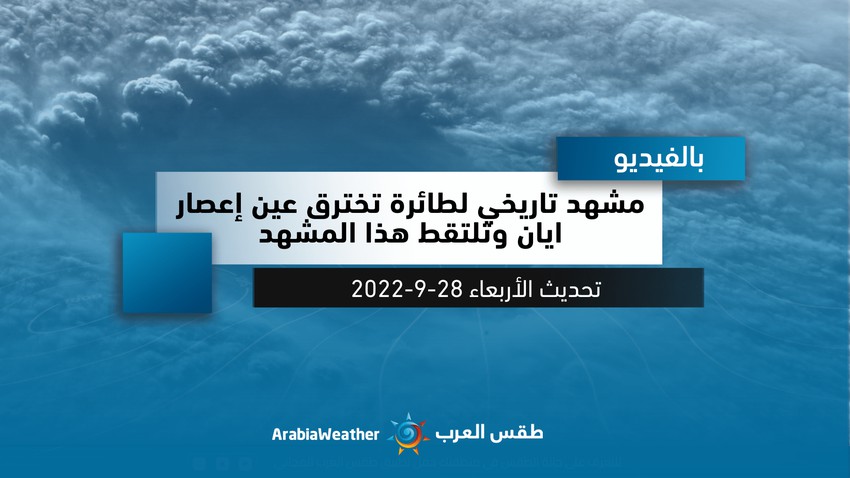 Arab Weather - Sinan Khalaf - A NOAA-equipped plane managed to fly into the eye of the devastating Hurricane Ayan, which, according to the latest reports issued by Arab Weather, developed into a fourth-degree hurricane.

The plane carried on board a group of meteorologists with the aim of collecting as much information as possible in order to analyze and study it to understand and study the behavior of Hurricane Ian more deeply.

They're awe-inspiring, but the "stadium effect" is a sign of a powerful eye: pic.twitter.com/UtNTCUyFqD

Hurricane "Ian", classified as a category four, is heading towards Florida, accompanied by strong winds of up to 250 km / h, and it is expected to hit the west coast of Florida after a few hours, and it will lead to high waves and heavy rain, which is causing floods in many From regions, especially coastal areas, which prompted the authorities to urge more than 2.5 million people to evacuate their homes.