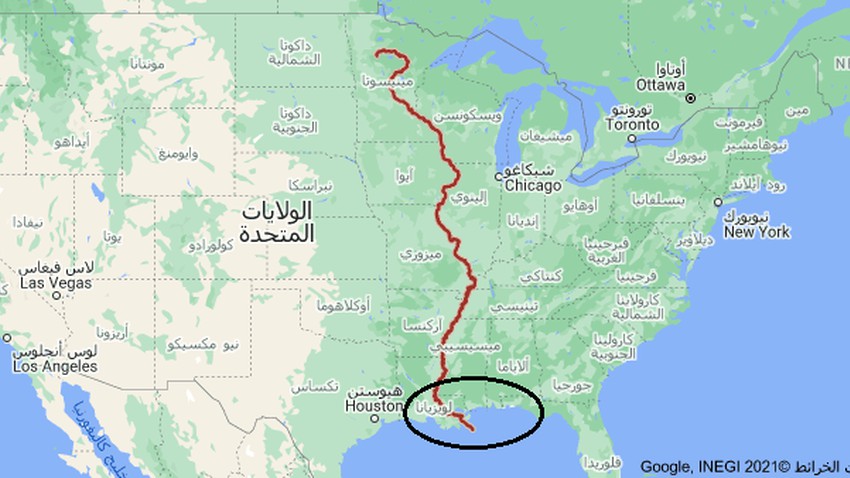 Weather of Arabia - Hurricane Ida, which swept through the southern American state of Louisiana, upended the course of the Mississippi River, which flowed in the opposite direction in its lower course, in a phenomenon described as very rare.

Where strong winds that sometimes exceed 240 kilometers per hour caused this phenomenon, in addition to storm tidal waves in the Gulf of Mexico, where the largest river in North America flows.

Perrin noted that the scale does not measure the flow of the entire river, so it is possible that the deeper layers of the river's waters have not changed their flow directions.

The scientist stated that he noticed a change in the direction of the river's flow during Hurricane "Katrina", which swept the same region 16 years ago, leaving 1,800 people dead, in addition to damages estimated at 125 billion dollars.