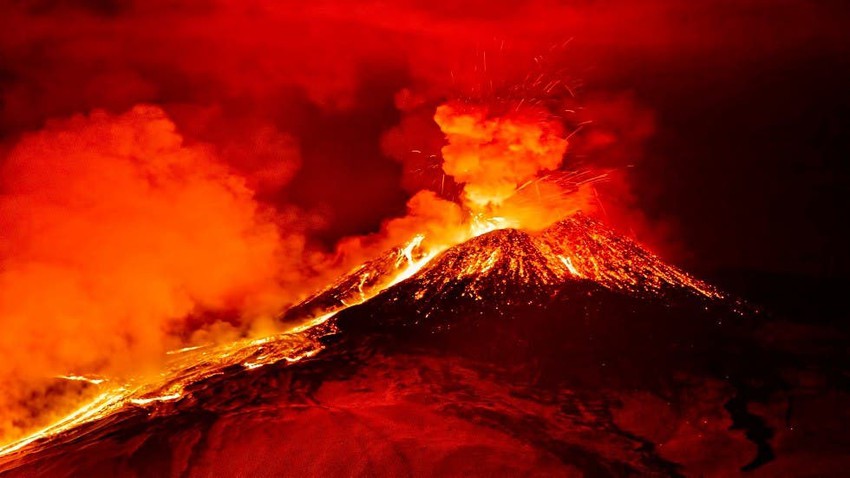 Arab weather - With no expected date for the end of the eruption of the La Palma Island volcano, volcanic activity enters its fourth week to become more dangerous and more severe, with lava flows expected to reach the northwest of the island, outside the boundaries of the evacuated area.

A video released by the Canary Islands Volcanological Institute shows what was described as a "tsunami" of lava erupting from the Cumbre Vieja volcano (as pronounced in Spanish), located on the Spanish island of La Palma, after the main crater erupted on Thursday.

In all, 6,800 people have been evacuated, the authorities said, with the lava covering 674 hectares so far.

Jordan | The Ministry of Water and Irrigation: About 930,000 m3 were stored by dams from rain and valley runoff during the past 24 hours

Kuwait: Stable and hot weather in all regions, the first day of winter according to meteorology