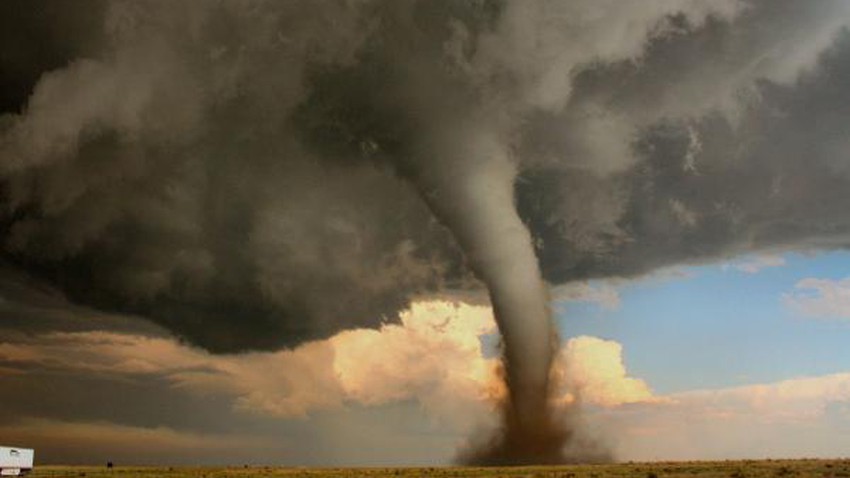 Arab weather - oppressive cyclones, are not strange to the atmosphere of the Kingdom of Saudi Arabia. Hardly a year passes without hearing or witnessing oppressive cyclones forming here and there during strong weather conditions. Kingdom lands:

About 20 days before the writing of this report, a number of simultaneous oppressive cyclones were monitored on the beach of Jazan, during which it was affected by a strong state of atmospheric instability. At sea or on land, and the following are scenes of what was documented on October 8, 2020 AD:

On December 5, 2020, the northern parts of the Kingdom, specifically the city of Sakaka, were affected by a strong state of atmospheric instability, which worked to form a huge tornado in an empty area, and it was documented in scenes that appear to the viewer as if they were captured in the plains of Texas and Arizona, but in fact they were documented in Sakaka , in the Al-Jawf region inside the territory of Saudi Arabia.

On November 4, 2018, the northern border region was affected by a strong state of atmospheric instability, and the sky was covered with large amounts of thunderstorms, interspersed with the formation of a funnel cyclone to the east of Rafha, which was documented through the following clip:

On March 26, 2017, a tornado formed in the Asir region, it was also documented by the residents of the region during their monitoring of rain and weather disturbances that affected the region

Jeddah was not far from these climatic phenomena, as two simultaneous cyclones were observed on November 22, 2019. Fortunately, their impact was limited to the desert interior of the region.

A special day that will remain engraved in the photographer's memory, 11-17-2000 AD, the day when the lands of the Kingdom witnessed one of the strongest and rarest hurricanes ever recorded in modern history, as a very rare oppressive cyclone hit the western parts of Al-Qassim region, captured by the lens of photographer Saleh Al-Harbi.

Returning to the archival maps, we find the formation of the tornado came as a result of severe weather disturbances in the layers as a result of the rush of the Red Sea depression from the south and its meeting with another air depression that extends in the upper and middle layers of the atmosphere over the Levant and extends to northern Saudi Arabia.

As a result, a strong state of atmospheric instability was formed, as cumulus thunderclouds multiplied, and strong thunderstorms began to strike the area, and soon a larger form developed to turn into a strong and rare cyclone.

Watch the attached video above, which shows rare footage of Hurricane Qassim.

Early warning - Saudi Arabia | An additional flow of tropical humidity and expectations of more rain in Jizan, Asir and Al Baha at the end of the week