Video | Shocking scenes of the devastation caused by floods in Germany 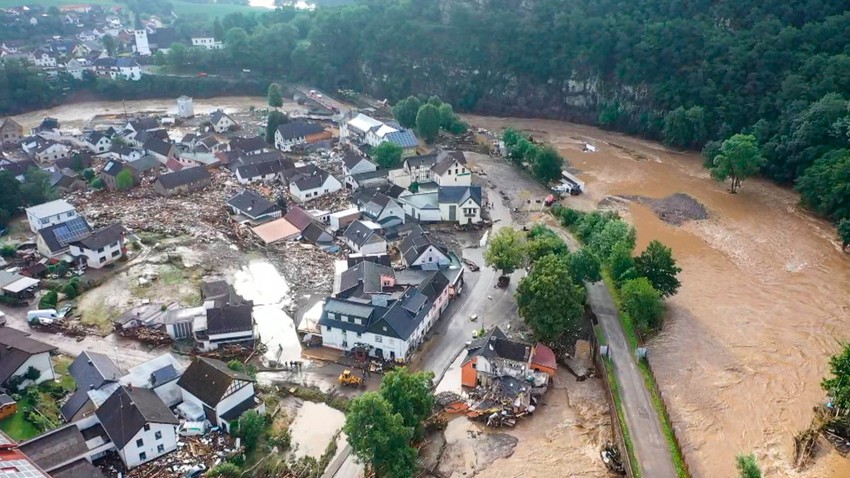 Weather of Arabia - Shocking videos showed the extent of the damage caused by the floods that swept large parts of western Europe, as historical heavy rains caused water to flow into parts of western Germany and Belgium, destroying roads and stopping some communications, which prompted the authorities to declare a regional state of emergency as they tried It locates up to 1,500 presumed missing persons, in addition to the deaths of at least 126 people in Germany and Belgium.

Heavy rains caused rivers to overflow, swept away vehicles and homes, and caused extensive material damage to buildings, as demolished parts were scattered throughout residential neighborhoods and other parts were carried downstream.

Weather experts said such rains and floods are rare, and this week's devastation could amount to the region's worst natural disaster in more than 50 years.

The World Meteorological Organization said the affected areas saw up to two months of rain in two days.

WMO spokeswoman Claire Nullis said it was too early to postpone the cause of flooding to extreme weather caused by rising global temperatures, but added: “Climate change is already increasing the frequency of extreme events. It has been shown that many individual events may exacerbated by global warming."