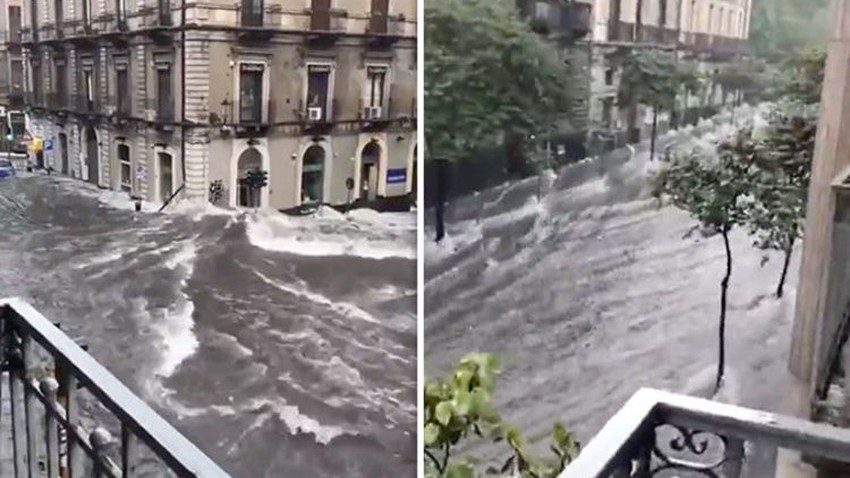 Weather of Arabia - Some streets of Catania in Sicily, Italy, today, Tuesday (October 26), have turned into "rivers", and the central Piazza Duomo has become more like a lake due to the floods caused by the severe weather wave that hits Sicily and other parts of southern Italy.

The chaos was exacerbated by power outages in the city center and the severe weather spell is expected to continue throughout the week.

As a young woman drowned in the flood waters in the town of Gravina di Catania on Tuesday, the floods claimed another woman's life.

According to initial reports, the woman was forced out of her car after it was submerged and then swept away. Rescuers are still searching for a 54-year-old woman who was swept away by flood waters with her husband in the town of Scordia, also near Catania, on Sunday. The body of her 67-year-old husband was found on Monday.