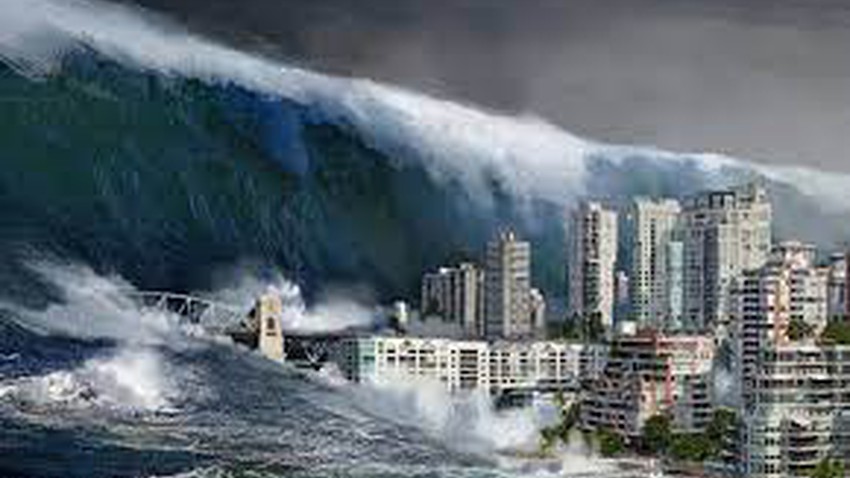 Arab Weather - Sinan Khalaf - A short while ago, sirens sounded in the coastal areas of the American Alaska Peninsula, warning of a tsunami, following a devastating earthquake of more than 8 degrees on the Richter scale.

#BREAKING : The 8.2 earthquake is the largest to strike the United States since 1965

And the US authorities published a map of the spread of possible tsunami waves in the Pacific Ocean.

After a magnitude 8.2 #earthquake the national USGS Has issued a #tsunami warning for parts of Alaska residents should immediately go to higher grounds now pic.twitter.com/7ATKawkIqc

According to Al-Kharga, the tsunami may reach the coasts of Russia, Japan, the Philippines, Australia and New Zealand within a period ranging between 6 and 15 hours.

The US Tsunami Warning System, which estimated the magnitude of the earthquake at 8.1, issued a tsunami warning for the US territory of Guam and the Northern Mariana Islands in the Pacific Ocean.

The US Tsunami Warning System has calculated a tsunami moving towards the Southern Alaskan coastline. Waves are expected to arrive within an hour. Seek higher ground! pic.twitter.com/3K9RLjPI6d

Will Egypt retreat from its first position in the world in olive production after losses exceeding 50% for this season?