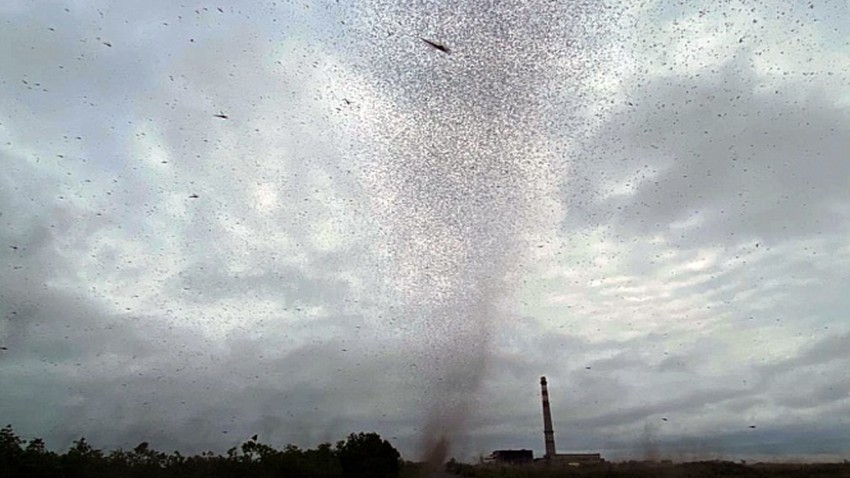 Arab weather - Yesterday, Saturday, swarms of mosquitoes resembling a "hurricane" swept a village in the Kamchatka region in the far east of Russia.

According to the Russian "Kamchatka Info" website, residents of the region filmed this rare phenomenon, as the video shows how a swarm of mosquitoes forms a cyclone-like column and then disappears.

Entomologist Ludmila Lubkova said the hurricane did not pose any danger. "This is a male mosquito that does not attack warm-blooded animals, but rather runs around the females to mate," she said.

Lubkova noted that this phenomenon is repeated annually, but it can be seen only if the number of insects is large and the weather conditions are favorable.