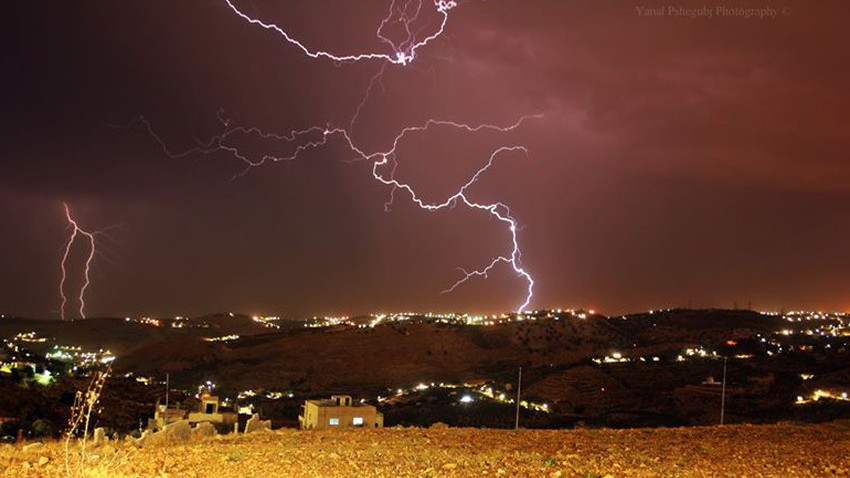 Weather of Arabia - At this time in 2019, the Kingdom witnessed an exceptional night that is still preserved by Jordanians, as the sky of many regions of Jordan was decorated with lightning that prompted citizens to take distinctive photos and videos.

At that time, many areas in the kingdom were affected by a state of atmospheric instability, which was accompanied by rains of varying intensity and severe thunderstorms, until lightning in the Mahes area caused a power outage in some areas, as the following video shows:

Friends of Arabia Weather sent them various videos and photos of lightning and from several regions. Here are some of these videos: