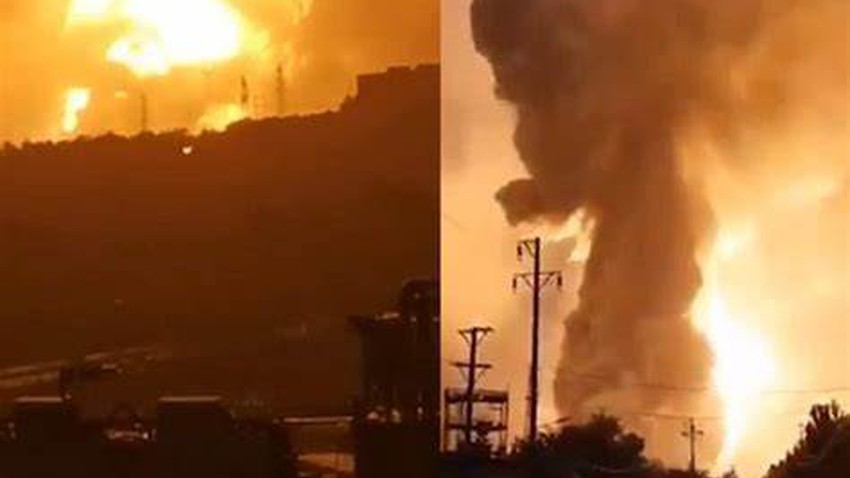 Weather of Arabia - Incidents that come in succession due to the terrible floods that swept parts of China, after videos appeared showing flood waters submerging subway stations in the Chinese province of Henan and holding people in train cars, a video clip appeared of a large explosion that shook the neighborhoods of the region.

This explosion occurred in an aluminum factory in Henan province, part of it was rained and flooded after the nearby river overflowed. The water broke the wall of the factory and reached a tank with a high-temperature solution, causing an explosion at 6 am, but in Earlier, two hours before the explosion, the workers were evacuated and electricity was cut off from the factory after the flood water reached it. Therefore, there were no reports of human casualties in the accident.

The explosion was so powerful that its effect was felt in the surroundings. Lots of people have talked about smashing home windows. The flames were also seen from afar.