Video | The moment a Saudi young man was struck by thunderbolt, a direct hit during the documentation of rain in Jazan 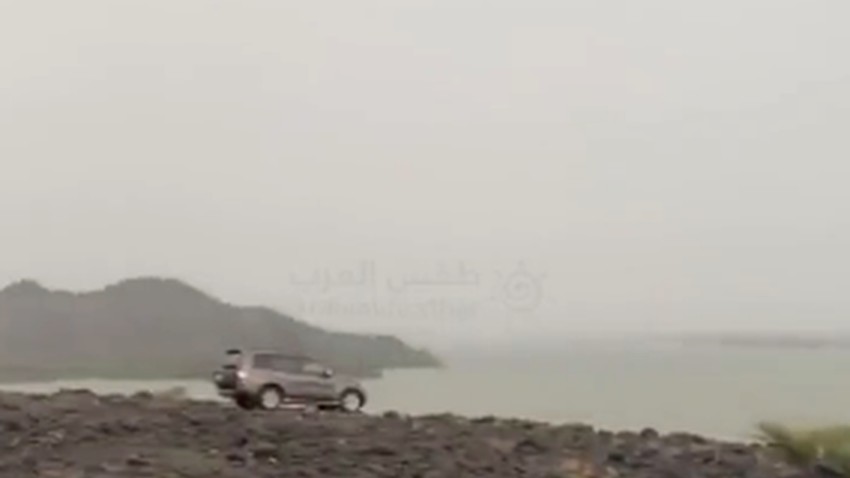 Weather of Arabia - A video clip circulated on social media has documented a lightning strike hitting a young man in the Wadi Jazan Dam.

The pioneers of social networking sites circulated a video that showed a young man while filming rain and torrential rain at the Jizan Valley Dam, when he was surprised by a lightning bolt that struck him in less than a second.

One of the tweeters wrote on his Twitter account, “One of the causes of lightning strikes is filming during lightning and answering calls, warning against using the mobile when it rains,” he said.