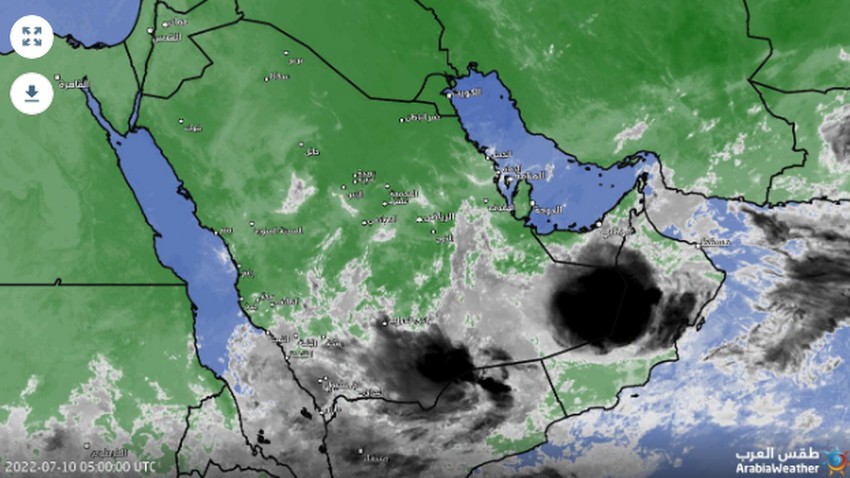 Arab Weather - The latest satellite images showed a rare scene of the moment of sunrise on the giant cloud that still affects, until the time of preparing this report, the Empty Quarter of Saudi Arabia, the UAE and the Sultanate of Oman. Carrying with it heavy thunderstorms.

This rare cloud is considered the largest thundercloud presently in the Arabian Peninsula, and it was formed after Oman, the UAE and Saudi Arabia were affected by a strong weather condition called the "Monsoon Depression".

We leave you with this scene of the sun rising on the cloud, which was spotted by satellites:

A strange scene of the cloud of the Empty Quarter now.. Glory be to the Creator pic.twitter.com/xZloveE7nz1