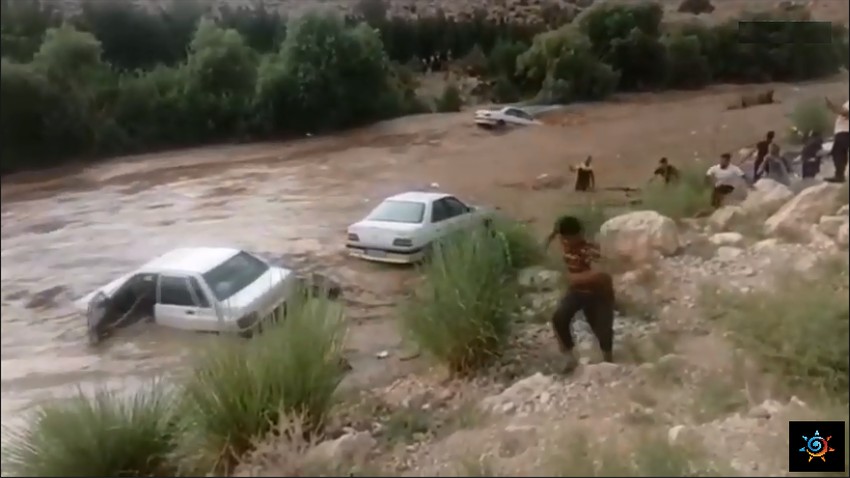 "At around five o'clock yesterday, Friday, heavy rain fell in the towns of Ije and Rodbal in the central parts of Istahban, which led to the formation of torrents," the official IRNA news agency quoted the governor of Istahban district, Yusef Karker, as saying.

"As a result, 17 bodies were recovered in the Istahban areas, and the identities of 13 of them were identified," he added.

He pointed out that 6 people are still missing, and that "55 relief teams are participating in the rescue operations."

The scientific reason behind the heavy rains is due to the formation of a state of atmospheric instability as a result of the rush of moist and warm winds from the Arabian Gulf towards southern Iran, coinciding with their convergence with the winds coming from the north. The presence of mountains and high temperatures contributed to the process of raising the warm air to the top, which converged with winds Cold in the upper layers of the atmosphere, which led to the formation of cumulus rain clouds accompanied by high intensity thunderstorms for some times.

You may also be interested in: What is the difference between a depression and a state of atmospheric instability?

Videos published by Iranian news agencies showed muddy torrents in the course of the Rodbal River, swept away with some white cars.

"A number of local people and visitors (from other areas) who were walking by the river or in its course were surprised by the rise in the water level," Karker said.

Heavy rainfall and flooding in the Iranian city of Estahban in Fars province has killed at least six people and injured 12 others so far, according to local officials. pic.twitter.com/exGAtfbmjK

The climate in southern and central Iran is largely dry, but these areas witnessed floods in multiple stages.

And last January, at least 8 people died, most of them in Fars province, as a result of floods in the south of the country caused by heavy rains.

Southern #Iran has also been hit by heavy rainfall and severe #floods . Scenes from Khonj, Fars province via Sarah Saadati and @CLIMATEwBORDERS pic.twitter.com/jE1NPh6zIl

Large-scale floods in Iran in March and April 2019 killed at least 76 people and damaged an estimated $2 billion.