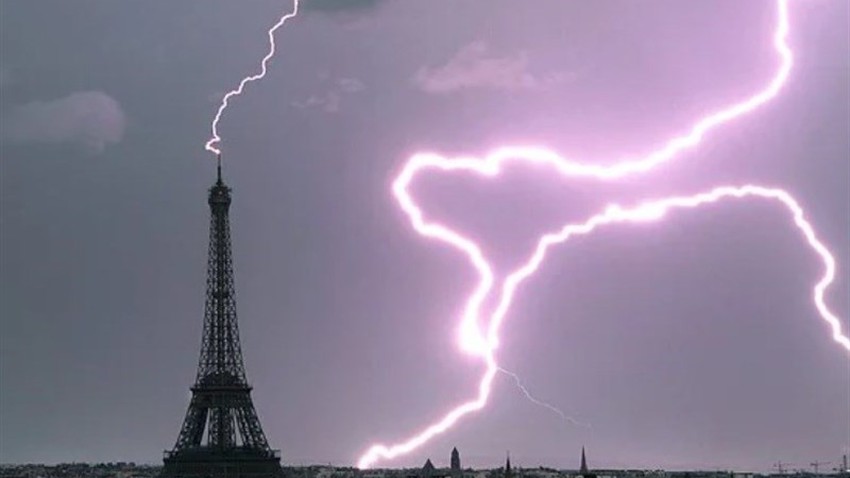 Weather of Arabia - Violent thunderstorms and hailstorms across France killed a woman who was swept away by torrential rain, injuring 14 others, destroying thousands of hectares of vineyards and delaying flights.

Residents of southwestern France shared photos and videos of hail the size of tennis balls, and scenes spread from the Paris region of flooded highways and thunderclouds.

Thousands of homes were left without power on Sunday after storms hit France on Saturday, flights from Orly airport in Paris were temporarily suspended on Saturday, and there were delays at Charles de Gaulle Airport.

According to the residents, the storm hit at about 4:30 pm, and it lasted for a few minutes, but it was relatively strong, and it was accompanied by strong winds.

Why are large hailstones more common in summer?

Although hail is expected to be seen in the cold winter months, it is more common in spring, summer and fall, especially in hot and humid areas, where there are suitable weather conditions for the formation of cumulus clouds that produce thunderstorms and hail, and hailstorms often form during the day Between mid-afternoon.

As for the size of the hailstones, it is directly related to the strength of the thunderstorm. The stronger the storm, the longer the hail remains inside the cumulus cloud, and the larger its size. Not only do they have one type of hail, most thunderstorms feature at least six different sizes of hail.

What is the cold and why does it sometimes fall in the summer?

Thunderstorms - how do they arise and what are their types?