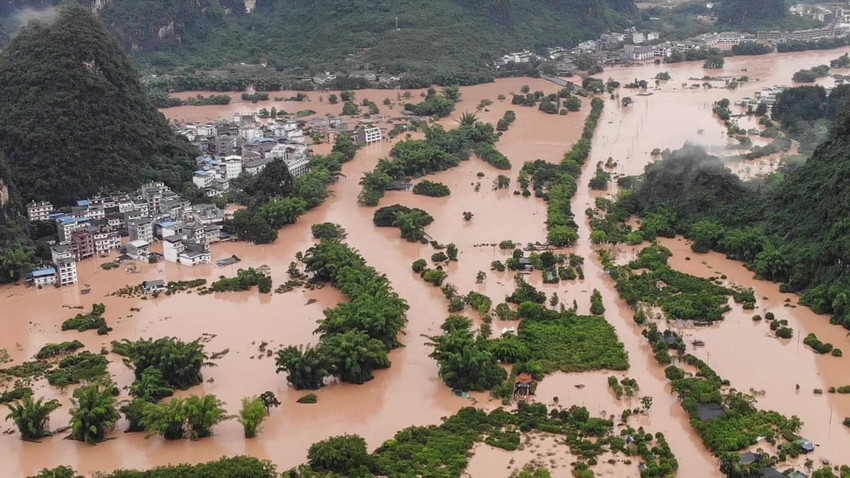 A video published by "Pebbles Daily", one of the houses in the city, showed that it was divided into two halves after being flooded.

It is noteworthy that the heavy rains have claimed at least 12 lives in southwest China's Sichuan Province, at least 10 people have lost their lives, and more than 7,000 people have evacuated their homes, according to the New China News Agency. ( More here )