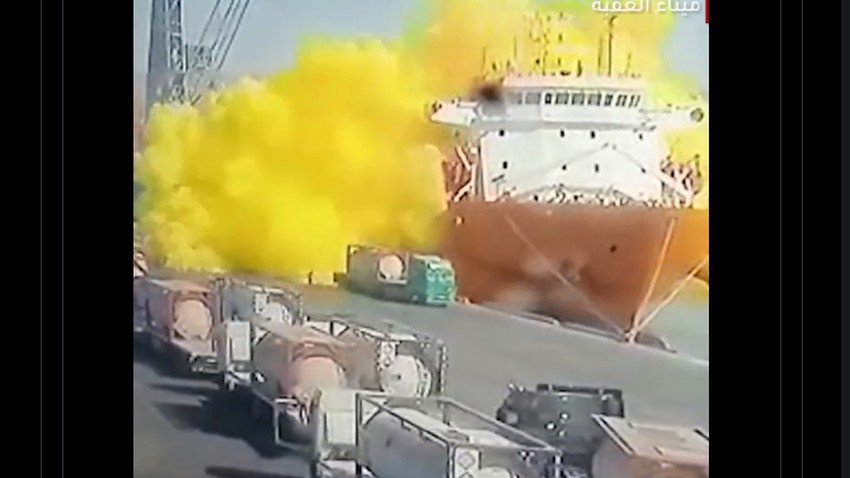 The video shows the scene of the ship that dropped the tank containing toxic gases, and the moment the crane rope was cut off and the tank hit the edge of the ship and leaked toxic materials from it:

Read also: Revealing the details of what happened the moment the gas tank fell in the port of Aqaba and the danger of chlorine gas

The area was immediately isolated and the southern shore of Aqaba governorate was evacuated, and specialists began dealing with the incident, while the Civil Defense transferred a number of injuries to the hospital, all of whom are under treatment, and combing operations are still ongoing in the water surrounding the ship.

What is the poisonous yellow gas that leaked in the port of Aqaba?

Chlorine gas is recognizable by its pungent and irritating odor, which is similar to cleaning "bleach", and the strong smell may provide enough warning to people of exposure.

Chlorine itself is not flammable, but it can react explosively or form explosive compounds with other chemicals such as turpentine and ammonia.

chlorine gas
The gas is greenish-yellow in color, and it is a suffocating, toxic substance that is higher than the density of air, so it remains on the surface of the earth and has a foul smell.
Now most of the air is south of the port of Aqaba pic.twitter.com/XFAm5Q9IKF