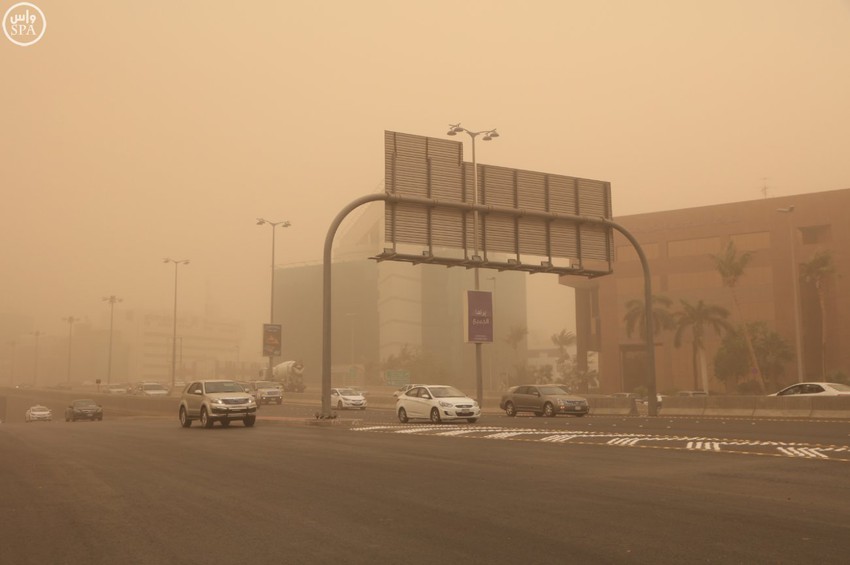 Videos | A wave of dust sweeps Riyadh, and visibility drops below 1000 meters

Arab Weather - Sinan Khalaf - The capital, Riyadh, was affected by a wave of dense dust, which caused a decrease in the horizontal visibility to below 1000 meters in the center of Riyadh.

The northeastern parts of the Kingdom and the Hafar Al-Batin region had been blown by northern to northwestern winds that were active with occasional strong gusts, which worked to form a wave of dust, which gradually pushed towards the south until it reached the capital Riyadh and affected it directly.

We leave you now with these scenes of Riyadh dust today

See
Dust entered the airspace of # Riyadh a short while ago
May Allah distract him from the servants and the country
Video from @ TMIA9 # Weather pic.twitter.com/tXAaWrft14

#Riyadh_ now
Disturbing atmospheres for asthma and allergy sufferers, may God help you
"Oh God, I ask you for its good and the best of what I have sent, and I seek refuge in You from its evil and the evil of what I have sent to him."
Source: @ xyl5ou4 # Weather # Riyadh pic.twitter.com/8u1gqeBApc