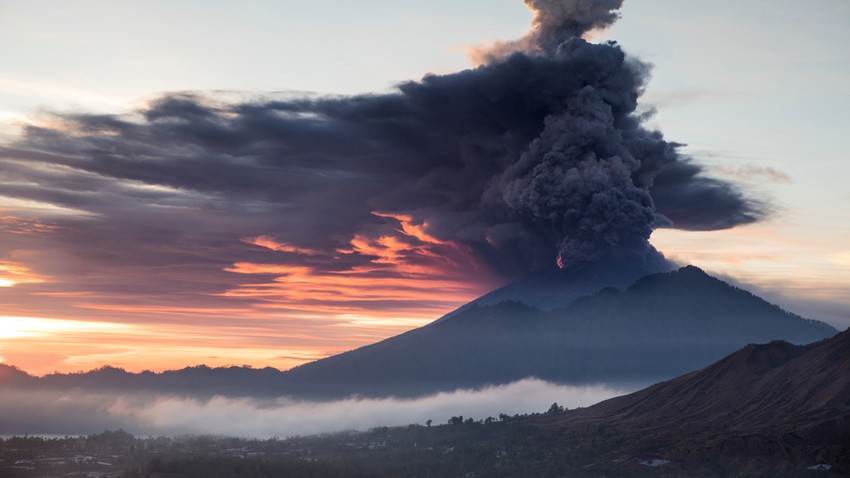 The weather of Arabia - Sinan Khalaf - Talal volcano , the volcano that erupted yesterday, Sunday in the Philippines , and spread a state of terror and anarchy after it released huge clouds of thick black ash, covering the sky of the country and blocking sunlight from it.

In front of this horrific scene, the authorities in Manila were forced to announce the suspension of work and the disruption of schools , while the region recorded a large number of earthquakes, prompting experts to issue a warning of the tsunami, and forced the authorities to evacuate more than 16 One thousand residents near the vicinity of the volcano's volcano circle evacuated their homes immediately.

See also: in pictures Tale volcano erupts in the Philippines and the phenomenon of volcanic lightning manifests and dazzles the population

Stop the movement of air in Manila

The ashes of Tale Volcano reached more than 100 km north, and reached the bustling capital of Manila, forcing it to close the main airport in the country and cancel more than 500 international and domestic flights so far.

Tale Volcano is the smallest volcano in the world