Wadi Rum in Jordan... and the experience of visiting Mars on Earth 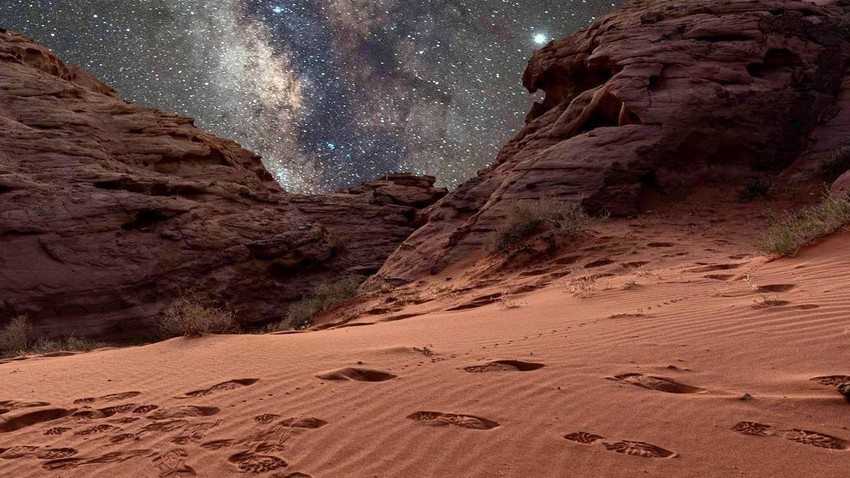 Weather of Arabia - Expeditionary flights to Mars began since 1960 AD by sending multiple missions, most of which failed and only some countries succeeded in sending satellites and unmanned vehicles to the Red Planet, so visiting Mars remained an ambitious dream of man on Earth, and this dream may be close to The reality is through an exciting experience offered by Jordan in its desert in the Wadi Rum region, where the tourist feels that he is part of a journey to the surface of Mars. 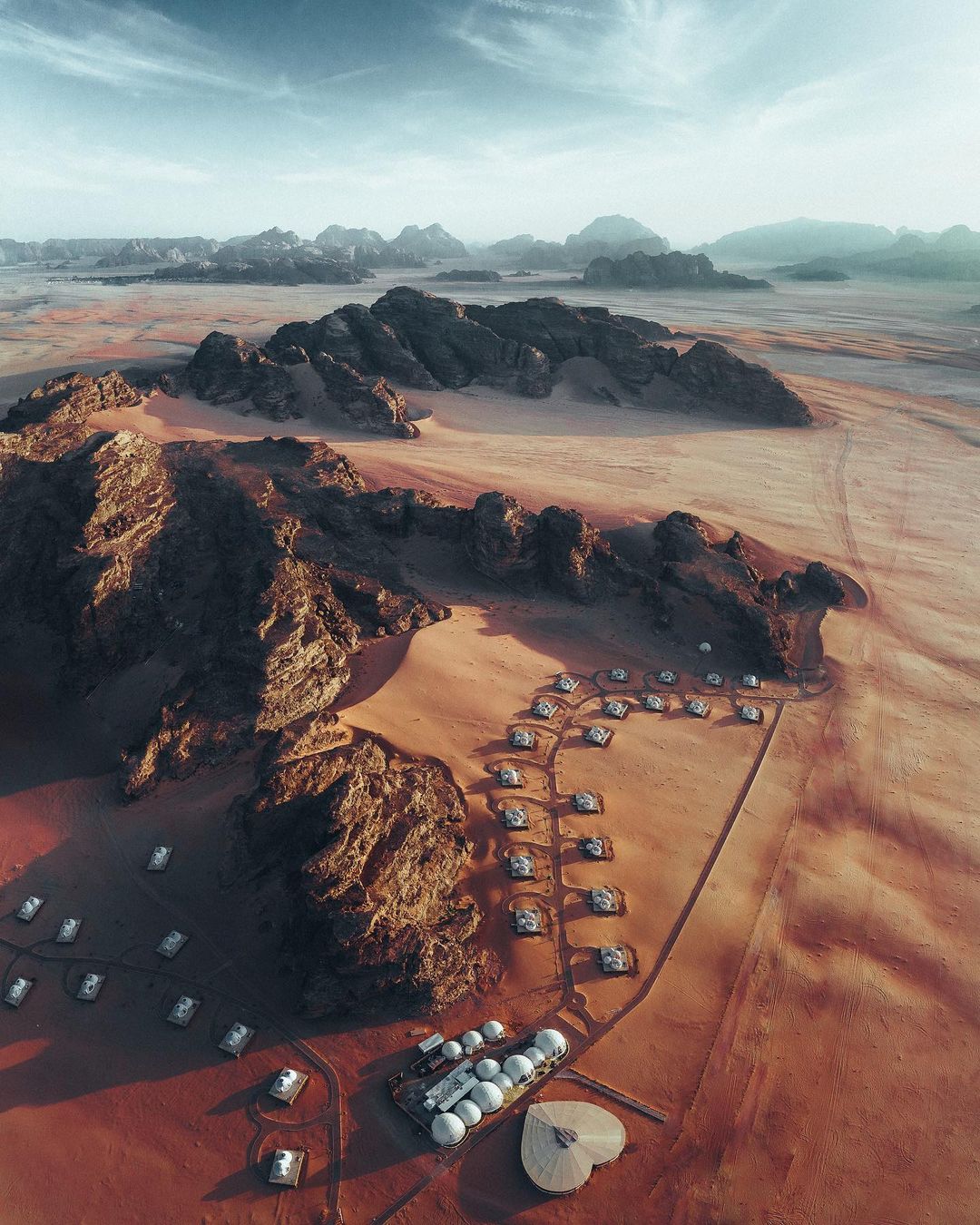 To visit Wadi Rum in Jordan, find out the details from here

Wadi Rum and its charming nature similar to the planet Mars

Wadi Rum is located 250 km south of the Jordanian capital Amman, and 70 km north of the coastal city of Aqaba.

The sandstone and granite rock formations in the middle of the natural desert of Wadi Rum are an ideal setting for tourists to feel like they have traveled to the Red Planet. (One of the equipment used in the movie "The Martian" that was filmed in Wadi Rum, Jordan)

Visitors can get a similar experience to life on Mars inside the camp, which consists of 20 "Geodesic dome", which is a spherical or semi-spherical crustal structure, as the company "Freedoms", which supervised the design of the domes in the movie "The Martian", created their counterparts in the desert. Jordan, allowing visitors to experience an experience that simulates a visit to Mars.

The domes include a panoramic window in order to enjoy a comprehensive view of the Wadi Rum desert, or as it is also known as the Valley of the Moon, due to the similarity of its terrain with that of the Moon.

Take a closer look at the "Martian domes" in Wadi Rum.. Details of the visit here

The magic of Wadi Rum is not limited to its desert, which is very similar to the surface of Mars. The orange soil and high stones cover a horizon similar to the pictures taken by Martian vehicles such as Curiosity and Spirit, but the magic of the Wadi desert goes beyond it with a starry sky. 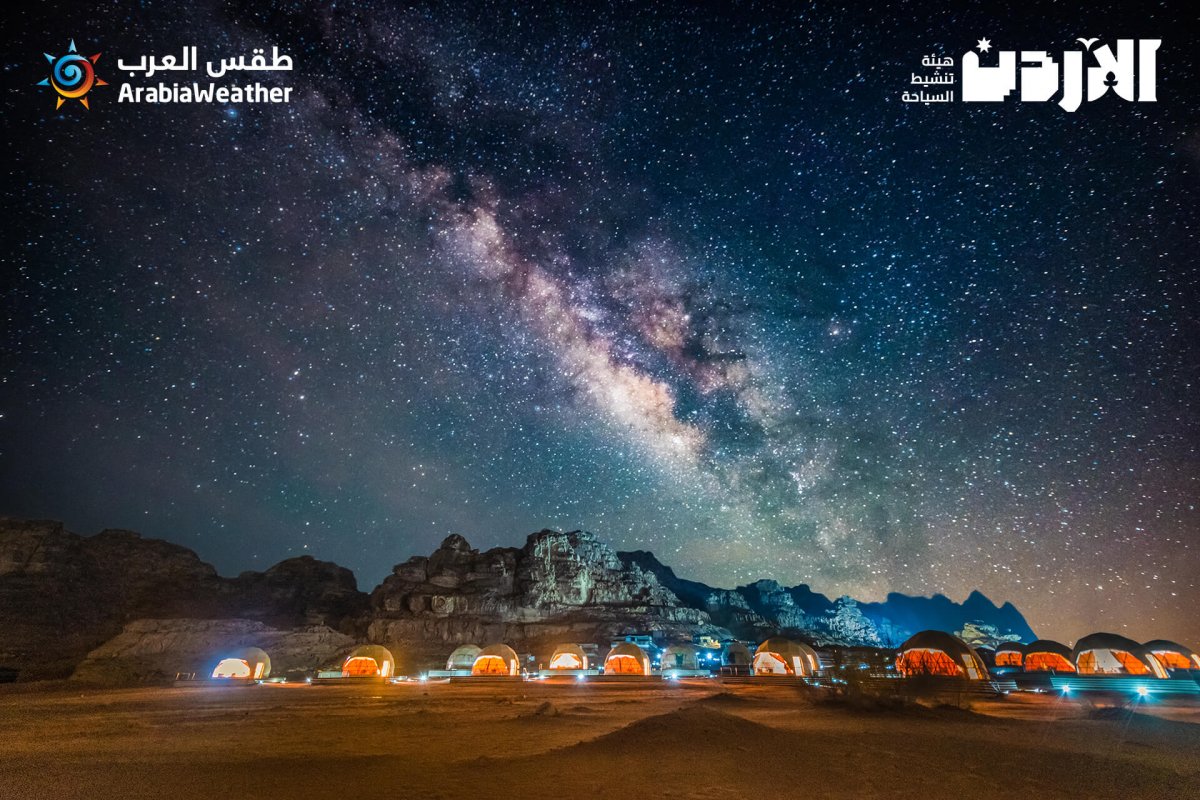 Camp guests can have the same amount of enjoyment during the day, as they can participate in many activities such as horse riding, camel, jeep and buggy bikes on the sand dunes in the valley, in addition to hot ballooning and rock climbing.

These activities are managed by the Bedouins in the valley, where about 5,000 Bedouins live in that area, a large number of whom are still nomads who reside in traditional tents, and this provides “a new source of income that allows them to preserve their traditions and cultural values.”