Warning: The Sultanate of Oman is on a date with temperatures approaching 50 degrees in some areas on Friday 10-6-2022 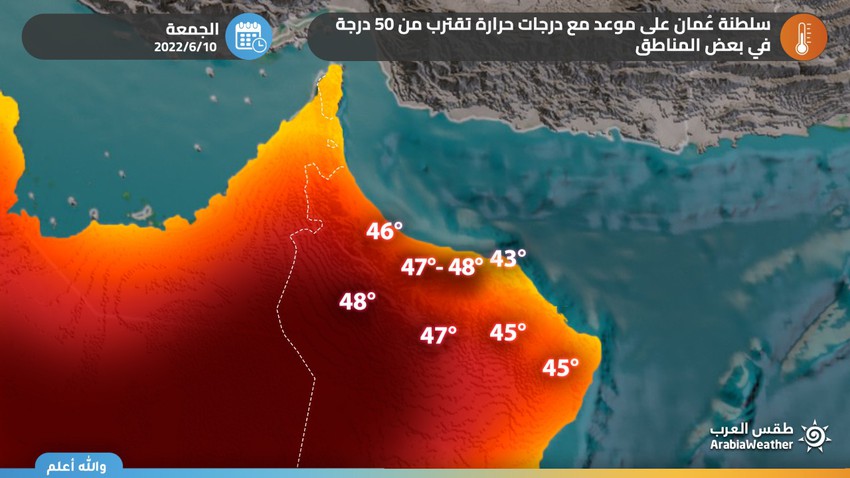 Arab Weather - Weather maps indicate expectations that a very hot air mass will control the Sultanate’s atmosphere on Friday 10-6-2022, which will cause a heat wave, and temperatures will rise to levels approaching 50 degrees Celsius in some interior areas, God willing.

In the details, it is expected that the semi-tropical air rise will dominate the Sultanate’s atmosphere, raising temperatures throughout the northern regions on Friday, and the temperatures will be at the end of the forties Celsius in the interior regions of South Al Batinah Governorate, and in the mid-forties in most of the interior regions, while they are About the beginning of the forties in the coastal areas, God willing. 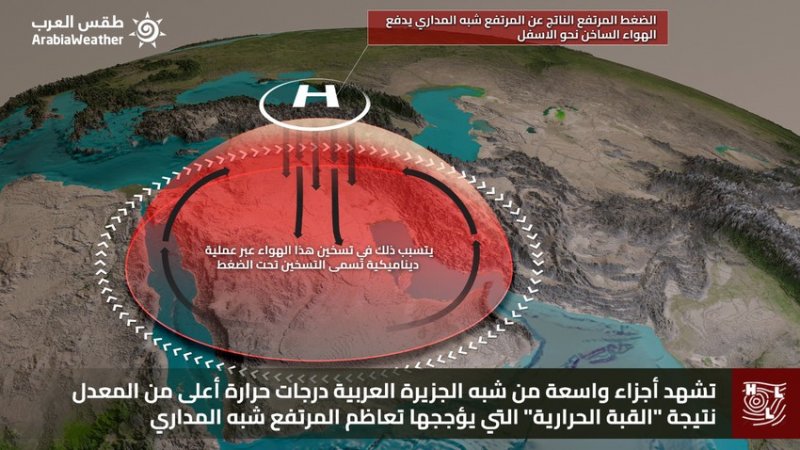 It is reported that the subtropical high altitude causes the so-called "heat dome" phenomenon, which would increase the values of sinking air currents - where the air compresses in the lower atmosphere, causing a rise in temperatures.