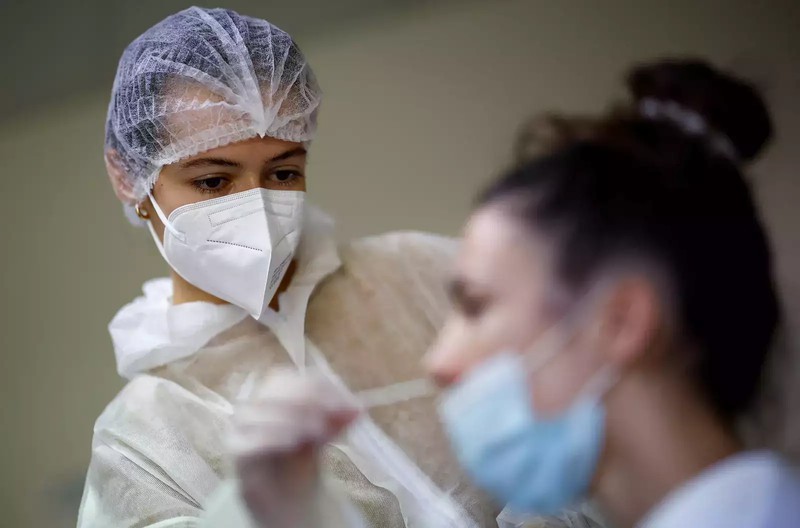 Weather of Arabia - Scientists have warned of the possibility of an increase in the number of infections with the Corona virus with the advent of the autumn and winter seasons in the northern hemisphere.

This is due to the factors that cause respiratory viruses to thrive in the colder months, and change societal behavior during the colder months, including the extra time we spend indoors - and human immunity decreases with changing weather, and in conjunction with the presence of new strains of the mutant.” Omicron is able to evade the immune defenses of the human body.

Fauci warns of the emergence of a new mutant

And the director of the National Institute of Infectious Diseases, Doctor Anthony Fauci, warned of the emergence of a new mutated from the Corona virus during the coming winter.

And he added, during his speech at the USC Annenberg Center for the Press, that we should not be surprised by the emergence of a new mutant more dangerous than its predecessors, which may be able to bypass the immune response we obtained, whether from infection or vaccines, according to a report published by CNBC. .

Fauci stressed the need not to "abandon caution" because there is always a risk of increasing the risk of infection spreading slightly in the winter months, stressing that it cannot be said conclusively that we are "completely finished with the epidemic ."

The report notes that the average number of deaths due to corona during the past week in the United States is 323, compared to 1000-2500 death rates during last February and March, according to the Centers for Disease Control and Prevention (CDC).

Doctor Fauci recalled the summer of 2021, when the United States witnessed a decline in Corona data, but last winter we witnessed the emergence of the Omicron mutated, which returned to spread in America.

CDC data show that 81 percent of them are infected with the Omicron mutant.

Fauci fears that any new mutator may be able to bypass the immunity that we have acquired during the last period, especially since the recent mutations were less effective than the first ones.

For more: Why do new strains of the Corona virus appear?

And it seems that these fears are not only in the United States, as a report published by Reuters warned that Europe will face a new wave of corona with the advent of cold weather, while public health experts warn that failure to receive vaccines and confusion about their available types will likely limit receiving doses. activator.

WHO officials said this week that scientists are tracking hundreds of new forms of omicron.

The organization's recently released data showed that cases in the European Union reached 1.5 million last week, an increase of eight percent from the previous week, despite the significant decline in testing. Globally, infections continue to decline.

And the number of injured people admitted to hospitals in many countries of the 27-nation bloc, as well as in Britain, during the past few weeks.

For more: Why does the disease increase when the seasons change?