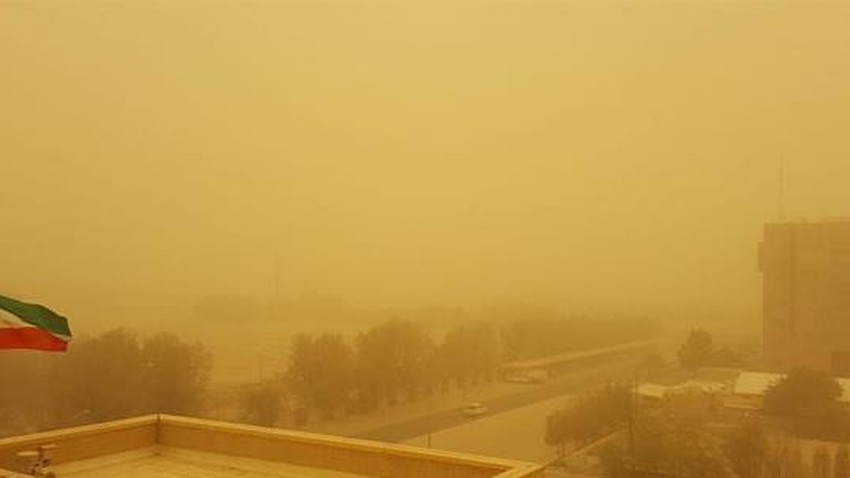 Arab Weather - A sandstorm and a heavy dust wave hit the State of Kuwait on Sunday (June 13), accompanied by winds that reached a speed of 93 kilometers per hour, and some of its gusts reached 109 kilometers per hour, which led to a decrease in the level of horizontal visibility to (zero) in some areas. Traffic stopped in the streets and institutions, and the roads witnessed several accidents.

Some videos showed sand covering the roads, turning the sky from day to night. The Kuwait Ports Corporation also announced the temporary suspension of maritime traffic in the ports of Shuwaikh, Shuaiba and Doha, due to the sandstorm.

Cause of sandstorm and heavy dust

The dust wave was formed yesterday, Sunday, in the southern parts of Iraq, due to the great activity of the “Al-Bawareh” winds that raise sand and dust, and the “Al-Bawareh” winds are very dry northwest winds, which raise dust and dust, and the wind speed in them sometimes reaches more than 55 kilometers per hour. , and may lead to the formation of sandstorms in severe cases.

Al-Bawareh winds arise due to the high surface atmospheric pressure on the eastern basin of the Mediterranean, and its extreme low over the eastern Arabian Peninsula and the Empty Quarter desert, which contributed to the rush of winds from the northwest to the southeast, with dust and sandstorms.

Was it possible to avoid the occurrence of the dust wave