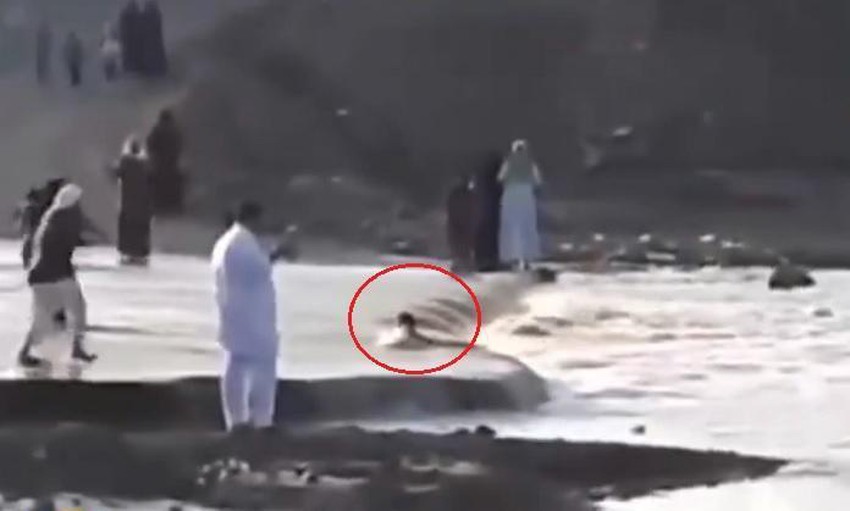 Watch .. the heroic reaction of a father whose son fell in the course of a torrent

'Arab Weather - The General Directorate of Civil Defense published a video clip showing a heroic and quick reaction from a person whose son fell in a valley during the flow of the torrents.

The video, which was published by the General Directorate of Civil Defense on its Twitter page, showed that the father quickly threw himself into the torrential waters to save his son after he noticed his fall in the water, so that the torrent would not push him away.

In turn, the General Directorate of Civil Defense called for not to let children play during the rains, while keeping them away from valleys and swamps.

#For your safety and the safety of your children ...
Don't let them play in the rain and keep them away from canyon and swampy streams. pic.twitter.com/iQdRkaV02K