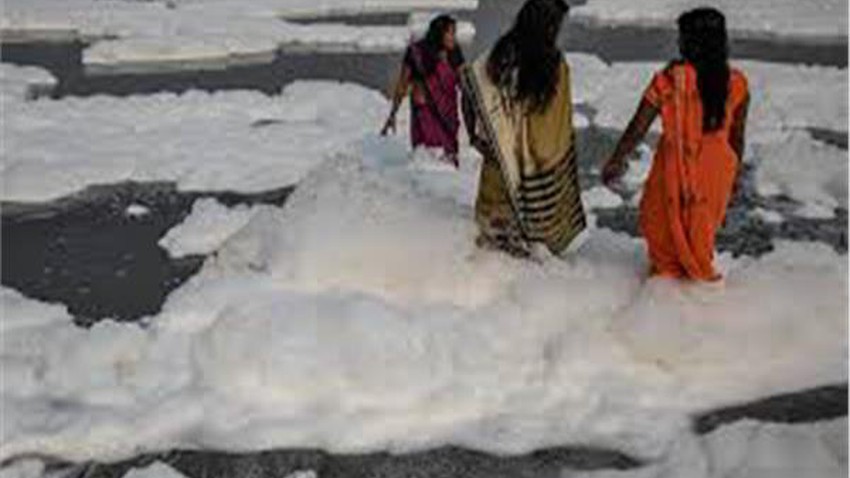 Weather of Arabia - Layers of toxic foam covered the surface of the Yamuna River, sacred to Hindus in India, to increase the environmental hardships faced by the residents of the capital, New Delhi, which is covered in a cloud of smog.

And areas of the river passing through the center of the capital appeared as if they were covered with heavy snow as a result of the high amount of materials polluted by it.

Local officials blamed "heavy sewage and industrial waste" that flowed into this part of the river over the past week.

The high levels of toxic substances in the river did not prevent some Hindu worshipers from swimming and snorkeling in celebration of the "Chath Puja" festival, during which Hindus offer their prayers to the sun.

Toxic pollution has cut off the river's water supply to many neighborhoods in New Delhi.

Indian officials have long vowed to take measures to cleanse the waters of the Yamuna River from the flow of pollutants, to no avail.