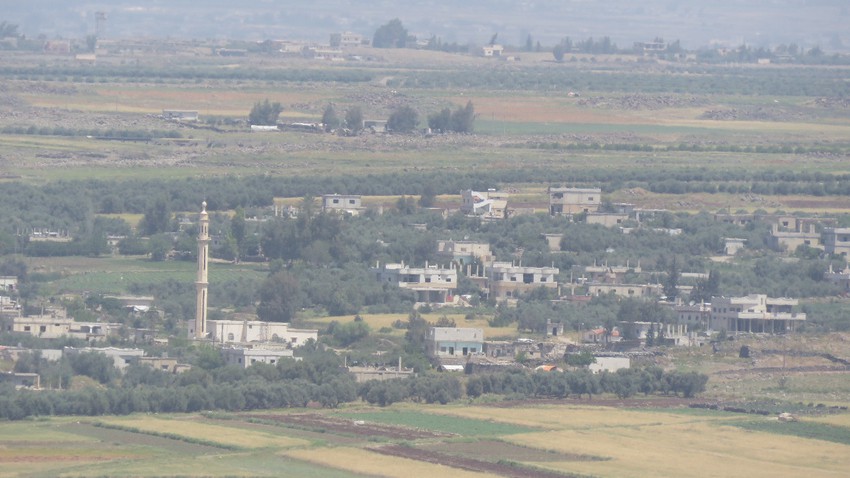 Arab Weather - Colleague Omar Dajani was able to photograph a wonderful scene yesterday for several Syrian villages from the village of Hartha in the city of Irbid, in the north of Jordan.