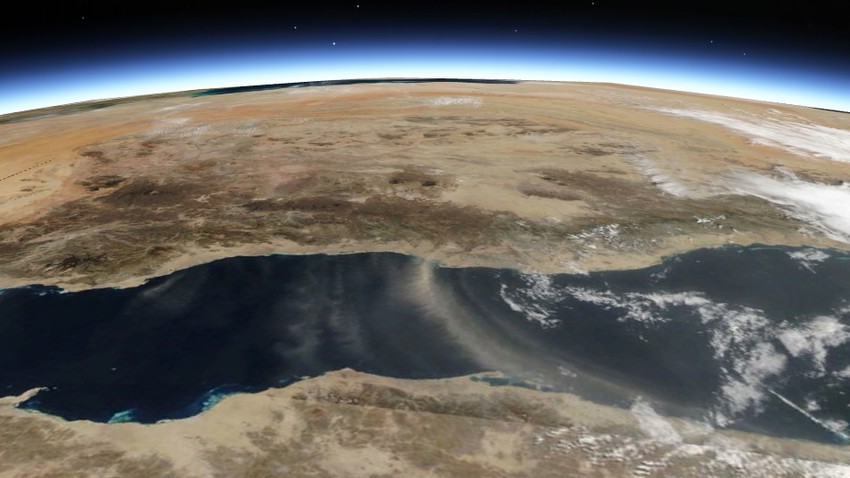 Weather of Arabia - Sinan Khalaf - Satellite images captured today, Monday, showed a rush of waves of dust from the southwestern parts of the Kingdom towards the Red Sea, reaching the coast of the African continent, resulting from the blowing of what is known locally as the morning winds. 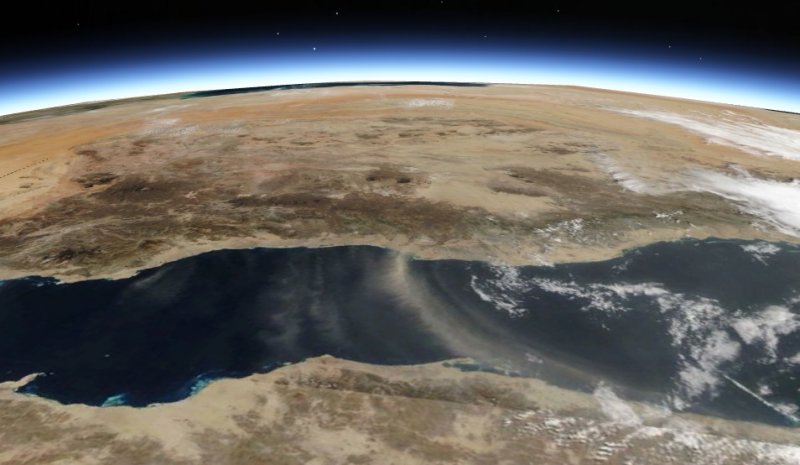