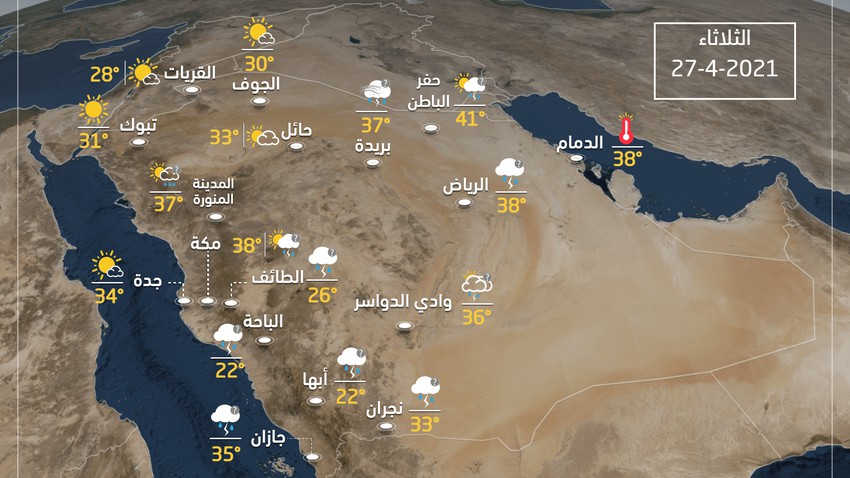 Arab Weather - Unstable weather conditions include parts of the east of the Kingdom and different parts of the Riyadh region administratively, so that there is a decrease in temperatures in the north of the Kingdom, all the way to Hail, so that the weather becomes warm in these regions, and the weather continues to be hot in the rest of the regions while it is moderate over the southwestern highlands.

Thunderstorms of rain of varying intensity are expected in parts of the south, southwest, west, central and east of the Kingdom and the far south of the northern borders, accompanied by remarkable activity in the dusty surface winds, especially in the center of the Kingdom.

It is also expected that thunderstorms will be heavy at times in the southwest and west of the Kingdom accompanied by hail showers.

The winds are light to moderate in speed in all regions, and are active in parts that are exposed to thunderstorms.

The winds are light to moderate in speed in all regions, and are active in parts that are exposed to thunderstorms.