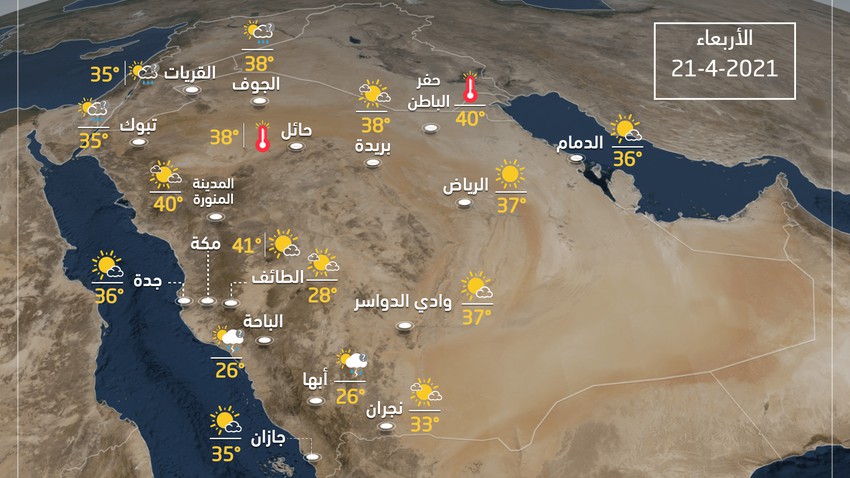 Arab Weather - There is an increase in temperatures and the weather is hot in all regions and moderate in the southwestern highlands.

The winds are light to moderate in speed in all regions, and are active with the occurrence of thunderstorms in the afternoon hours, especially in the north of the Kingdom. 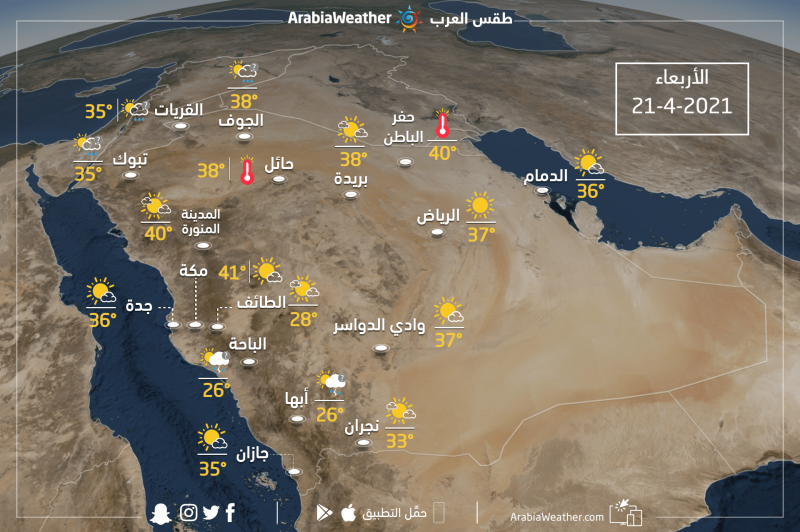 The weather is warm in all regions, while it is moderate in the southwest.

The opportunity continues for thunderstorms and sporadic showers of rain on parts of Tabuk, Al-Jawf and the northern borders.

The winds are light to moderate in speed in all regions. 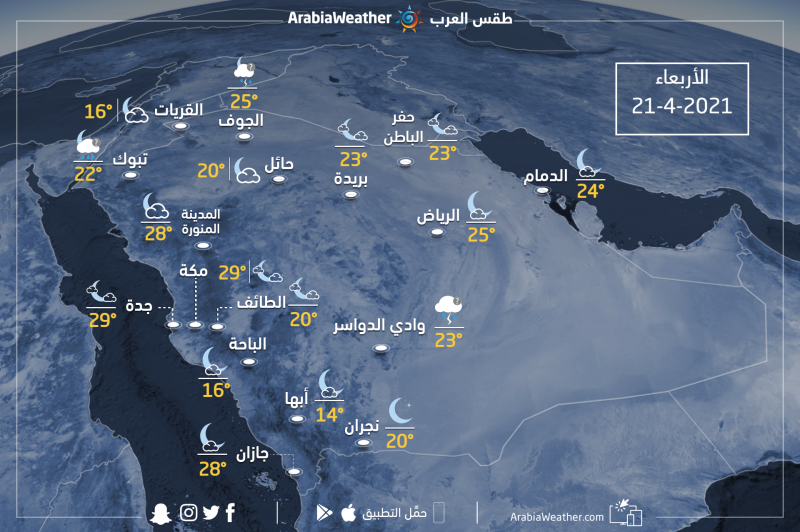